Douglas Leone Net Worth: Douglas Leone is an Italian American businessman and entrepreneur who has a net worth of $3 billion. Douglas Leone is a self-made billionaire who made his money in venture capital. Leone emigrated from Genoa, Italy and his first job was cleaning toilets and fixing boats.

He earned an MS in Industrial Engineering from Columbia University, and MS in Management from the MIT Sloan School of Management, and a BS in Mechanical Engineering from Cornell University. Leone has been a partner at Sequoia Capital since 1993. He focuses on internet, software, and communication investments. Leone was listed #4 on the Forbes Magazine Midas List in 2013. Forbes also named him to their list of top 10 venture capitalists in the United States in 2001. He was responsible for the international expansion of Sequoia in China and India. Before working for Sequoia Capital he worked for Hewlett-Packard, Sun Microsystems, and Prime Computer working in sales and sales management. He sits on the board of directors for CafePress.com, Birst, Medallia, Hayneedle, RingCentral, ServiceNow, MedExpress, and Zirmed. He has also been involved with Aruba, Meraki, Arbor/Hyperion, Netezza, and Rackspace. Sequoia has invested in WhatsApp and LinkedIn. Douglas is married to Patti Leone and has four children. 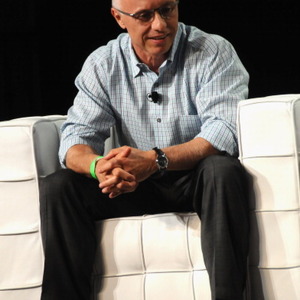