Douglas Hsu Net Worth: Douglas Hsu is a Taiwanese businessman who has a net worth of $1.2 billion, a sum that he shares with his family. Douglas Hsu now chairs the Far Eastern Group, one of the largest conglomerates in today's Taiwan. It was Hsu's father Yu-Ziang Hsu who set up the Far East Knitting Factory in China in 1937 in order to produce "Skyscraper" underwear.

In 1949 the company was transferred to Taiwan, after the mainland and Taiwan were politically split by civil war. Now, it is active in diversified businesses that include mobile operator Far EasTone, U-Ming Marine Transport, Everest Textile, Asia Cement, Oriental Union Chemical, Far East Department Store and Far Eastern International Bank. Hsu is an alumnus of Wenzhou Normal College and Notre Dame University and he is the one who earns the credits for the company's vast expansion. Married with three children, Douglas Hsu currently resides in Taipei, Taiwan. 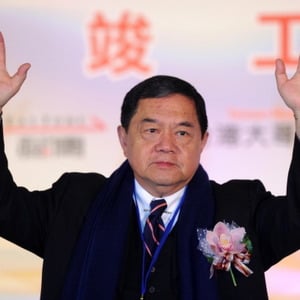