Douglas Durst net worth: Douglas Durst is an American real estate investor and developer who has a net worth of $4.4 billion. Douglas Durst was born in New York City, New York in December 1944. His grandfather Joseph Durst founded the Durst Organization and his father Seymour took over the family business in 1974.

Douglas graduated from the University of California, Berkeley. He took over the Durst Organization in 1992 when his father retired. Durst presided over the New York City buildings 4 Times Square, Helena at 601 West 57th Street, Epic on 125 West 31st Street, the Bank of America Tower at One Bryant Park. Durst has also been involved with the New School University Center and One World Trade Center. He serves as a director for The Trust for Public Land, The New School, Project for Public Spaces, and the Roundabout Theatre Company. Durst also owns the McEnroe Farm north of Manhattan. Douglas' brother Robert Durst was charged with murder in 2001 but was acquitted. In January 2015 Douglas said "there's no doubt in my mind that if he had the opportunity to kill me, he would" about his brother Robert. 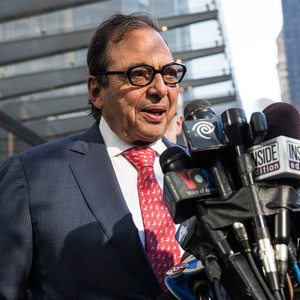