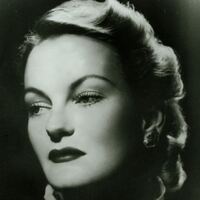 Doris Duke net worth: Doris Duke was an American tobacco heiress and philanthropist who had a net worth of $5.3 billion at the time of her death in 1993. This included her cash and investments, homes in New Jersey, Hawaii, Rhode Island, and Beverly Hills, her jewelry, and her art collection, which in addition to her Southeast Asian and Islamic holdings, included works by Picasso, Monet, Van Gogh, and Rembrandt. She had a collection of rare wine –more than 2,000 bottles valued at over $5 million. She was frequently referred to as the "world's richest woman" during her lifetime.

According to the terms of her will, the vast majority of Doris' fortune went to charity. Today the Doris Duke Charitable Foundation controls assets worth approximately $2 billion. The Foundation has already given away $1.84 billion in its roughly 30 years of existence.

Doris Duke was born in New York City, New York in November 1912. She passed away in October 1993. Her father James Buchanan Duke essentially invented the modern cigarette industry as we know it today. James revolutionized tobacco marketing and manufacturing after taking over his father's tobacco company. When he passed away in 1925, 12-year-old Doris inherited $100 million.

When he mother passed away in 1962, Doris received another $250 million inheritance. Receiving $100 million in 1925 is the same as receiving $1.5 billion in today's dollars. Receiving $250 million in 1962 is worth the same as $2.1 billion today. Upon receiving the first inheritance, Doris was likely one of the 2-3 richest people on the planet. Perhaps as high as the second-richest, behind John D. Rockefeller. At that time Rockefeller was 86. Doris was 12.

Doris Duke spent much of her youth at Duke Farms. She pursued a variety of interests with her wealth, including world travel and the arts. Duke created Duke Gardens which became one of America's largest indoor botanical displays. Doris Duke was briefly a news correspondent and played jazz piano in addition to being a competitive surfer.