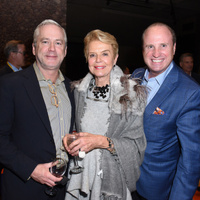 Donna Macmillan Net Worth: Donna Macmillan is an American businesswoman who has a net worth of $3.3 billion. The widow of Cargill heir Cargill MacMillan, who died in November 2011, she is one of the seven heirs to receive a portion from the business empire. Based in Minneapolis, Cargill is the largest private company in the U.S. making money in all areas of food production spanning from animal feed, meat, and crops to commodity trading and risk management. The fact that 85% of the corporation's stake is owned by the Cargill family implies that they are still one of the wealthiest clans in the world today. Widow Donna Macmillan with her $3.3 billion fortune is only one member of the highly affluent dynasty.