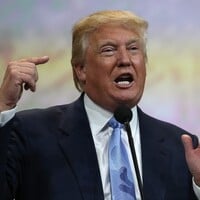 What is Donald Trump's net worth?

Donald Trump is an American politician, real-estate developer, author and television personality. As of this writing, Donald Trump has a net worth of $2 billion. Before becoming President of the United States, Donald was known primarily for being the owner of The Trump Organization, a real estate and licensing conglomerate. The Trump Organization owns commercial and residential properties around the globe, notably golf courses in the United States, Scotland and Ireland. He has also earned hundreds of millions of dollars since 2000 licensing his name for a myriad of products and real estate development projects around the world.

In November 2016, Donald Trump defeated Hillary Clinton to become the 45th President of The United States. In November 2020, Donald was defeated in his reelection campaign by Joe Biden.

When Donald teamed up with Mark Burnett to produce "The Apprentice", NBC offered a deal that was almost too good to be true. Donald's Apprentice deal entitled him to 50% of all profits generated by the show. In his peak year, 2005, he earned a little under $48 million. Between 2000 and 2018, Donald earned $197.3 million in Apprentice income from NBC.

He then parlayed his newfound fame from "The Apprentice" into an additional $230 million worth of endorsement and licensing deals.

As President, Donald was entitled to an annual salary of $400,000. Every year while in office he donated all but $1 of that salary to charity. As an ex-President he will earn a $211,000 annual pension. Ex-Presidents also receive up to $1 million per year in travel expense reimbursements, Secret Service for life, $150,000 for staff expenses and an office space reimbursement. Bill Clinton's annual office space reimbursement costs US taxpayers north of $500,000 per year. 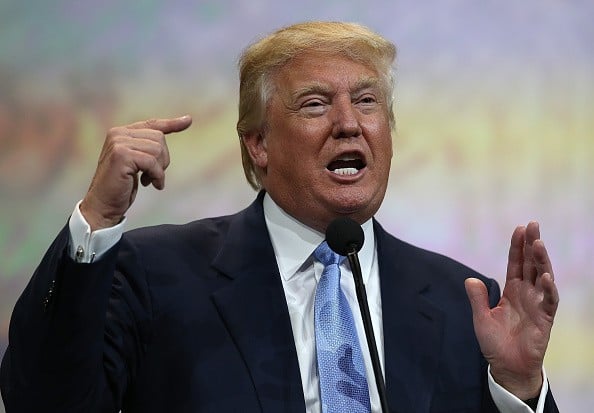 Donald John Trump was born on June 14, 1946, the son of millionaire low-income real estate tycoon Fred Trump. Fred Trump and Donald's grandmother Elizabeth started out in home construction and sales. The company, which was incorporated as Elizabeth Trump & Son in 1927, build large swaths of single-family homes in Queens. The company grew to own and manage more than 27,000 rental units along the East Coast, primarily in New York City's neighboring boroughs.

Donald briefly attended the Kew-Forest School in Forest Hills, but at 13 was sent to the New York Military Academy. For college he attended Fordham University and The Wharton School of Finance at the University of Pennsylvania, where he graduated in 1968 with a degree in economics.

After graduating from college, Donald returned to New York where he went to work for his father's company which would later be known as The Trump Organization. In the 1970s the Trumps earned a fortune owning and renting middle and lower-class housing in New York City's neighboring boroughs like Brooklyn, Staten Island and Queens.

Through shares in his father's company that were set aside for each child at various ages, Donald Trump was technically a millionaire on paper in 1954 when he was just 8 years old.

In 1976, Fred Trump set up $1 million trust funds for each of his give children and three great-grandchildren. That's the same as around $5 million in today's dollars. The trusts paid yearly dividends from profits earned through Elizabeth Trump & Son's rental income and property sales.

In 1982, Donald and Fred were co-featured on the inaugural Forbes 400 list of the richest Americans, with a combined net worth of $200 million, the same as around $500 million today. After adjusting for inflation, each Trump sibling received around $413 million from Fred Trump through inheritance and dividends by the time he died in 1999.

Keen to move the family empire away from the outer boroughs and into Manhattan, in 1976 with his newly established trust fund and an additional loan from his father, Donald struck out on his own. Over the next few decades, Fred would loan at least $60 million to Donald for various projects, much of which were loans that were never paid back.

One of his big early independent successes was the 1976 renovation of the Commodore Hotel into today's Grand Hyatt New York. At the time, New York was in the midst of a deep economic depression. In the previous year, the Commodore lost more than $1.5 million on its operations. The Trump Organization, at Donald's direction, spent $100 million renovating the property over the next four years. It was generally viewed as an extremely successful and positive renovation for the property and city at large. Donald sold his 50% stake in the building to his partners, the Pritzker family, for $142 million in 1996.

In 1982, Donald began construction on what would become a 58-floor skyscraper on Fifth Avenue that today is known as Trump Tower. Trump tower has 238 residential units, three restaurants and several first-floor retail businesses. The top three floors are a triplex unit that has served as Donald's personal residence in New York City for decades. In 2006, Forbes valued Trump Tower at $318 million, or $288 million after you removed Trump's $30 million mortgage on the property. In 2015, thanks to flagship luxury store Gucci, the value of the building had roughly doubled to $600 million. Today, with a slight downturn in NYC real estate values and a $100 million mortgage, the property is likely worth $400-$500 million.

In New York City he also owns Trump World Tower, Trump Place Trump International. He previously owned The Plaza Hotel. Many of the hotels and condo complexes that carry the Trump name today are licensing deals where other owners pay the Trump Organization a fee to use the name Trump and frequently to operate the building's leasing/sales/operations.

In the late 1980s, Donald expanded his portfolio to Atlantic City where he built a number of casino properties. His flagship Trump Taj Mahal Casino opened in 1990. The casinos were consistently money-losing ventures that required financial bailouts from Fred Trump. The Trump casino and resort ventures filed for bankruptcy several times between 1991 and 2009.

His May 2016 Personal Financial Disclosure showed at least $1.4 billion in assets, $300 million in income from the golf courses and resorts, $100 million in rental income and at least several hundred million in mortgage liabilities.

Donald has authored a number of books including the bestsellers "The Art of the Deal", "Trump 101: The Way to Success" and "The America We Deserve".

In 2004, Donald teamed up with Mark Burnett Productions to create a reality show for NBC called "The Apprentice". The show premiered in January 2004 and eventually spawned several spinoffs and reboots including "The Celebrity Apprentice". Trump also earned two Emmy Awards for his work on The Apprentice.

Lawsuit declarations would later reveal that Donald earned $60 million per season of The Apprentice from NBC. He received a star on the Hollywood Walk of Fame in 2007.

Donald married Ivana Zelnickova (later Ivana Trump) in 1977. Together they had three children; Donald Jr., Ivanka, and Eric. The couple split in 1992 and in 1993 he married his much-publicized mistress, Marla Maples, who gave birth to a daughter, Tiffany. They divorced in 1999. In 2004, Trump married supermodel Melania Knauss, who gave birth to his fifth child, William Barron Trump in 2006. 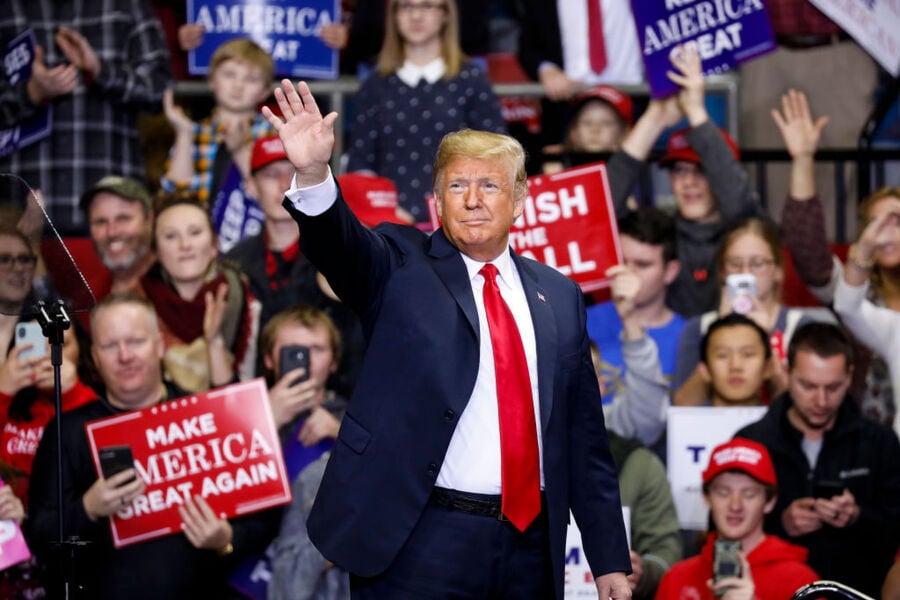 As we mentioned previously, in 1982 Donald and his father were listed among the richest Americans with a combined net worth of $200 million, roughly $500 million in today's dollars. Financial problems and real estate downturns in the 1980s caused Donald to drop off the list of 400 richest Americans throughout much of the 1990s.

Over the years, Trump's net worth as reported by Forbes and outlets like Celebrity Net Worth has earned scorn from Trump himself. In 2009, an author named Timothy O'Brien released a book called "TrumpNation: The Art of Being The Donald" in which he estimated that Donald's true net worth was not in the billions, but was closer to $150 – $250 million. Trump was furious over the claim and sued O'Brien and his publisher for $5 billion for committing "actual malice" by citing three unnamed sources for his vastly lower net worth estimation. While, Trump's lawyers asserted that their client's net worth was "proven conclusively" to be $7 billion, Trump himself was not so confident when under deposition. During the deposition Trump stated:

When Celebrity Net Worth first began tracking Donald's wealth in 2009, we estimated his fortune at $1.5 billion.

Prior to becoming President and moving to The White House, Donald's longtime primary residence was a 30,000 square-foot triplex penthouse at the top of his eponymous Trump Tower on Fifth Avenue in New York City. The apartment is famously covered in gold, marble and diamonds with Italian frescos on the ceiling. This condo is worth at least $100 million. Perhaps more like $150-200 million thanks to the luxurious fixtures and notoriety.

He also owns a 213-acre estate called Seven Springs located in Westchester County, New York. He bought this property in 1995 for $7.5 million. He famously once allowed Libyan dictator Moammar Gadhafi to stay on the property in a large Bedouin-style tent when he was in town for the United Nations General Assembly.

In the 1980s, Trump paid $10 million for a 17-acre estate in Florida called Mar-a-Lago which he has referred to as "The Winter White House" during his time as President. Technically he acquired the property over two transactions totaling $10 million, as we'll explain in a moment. 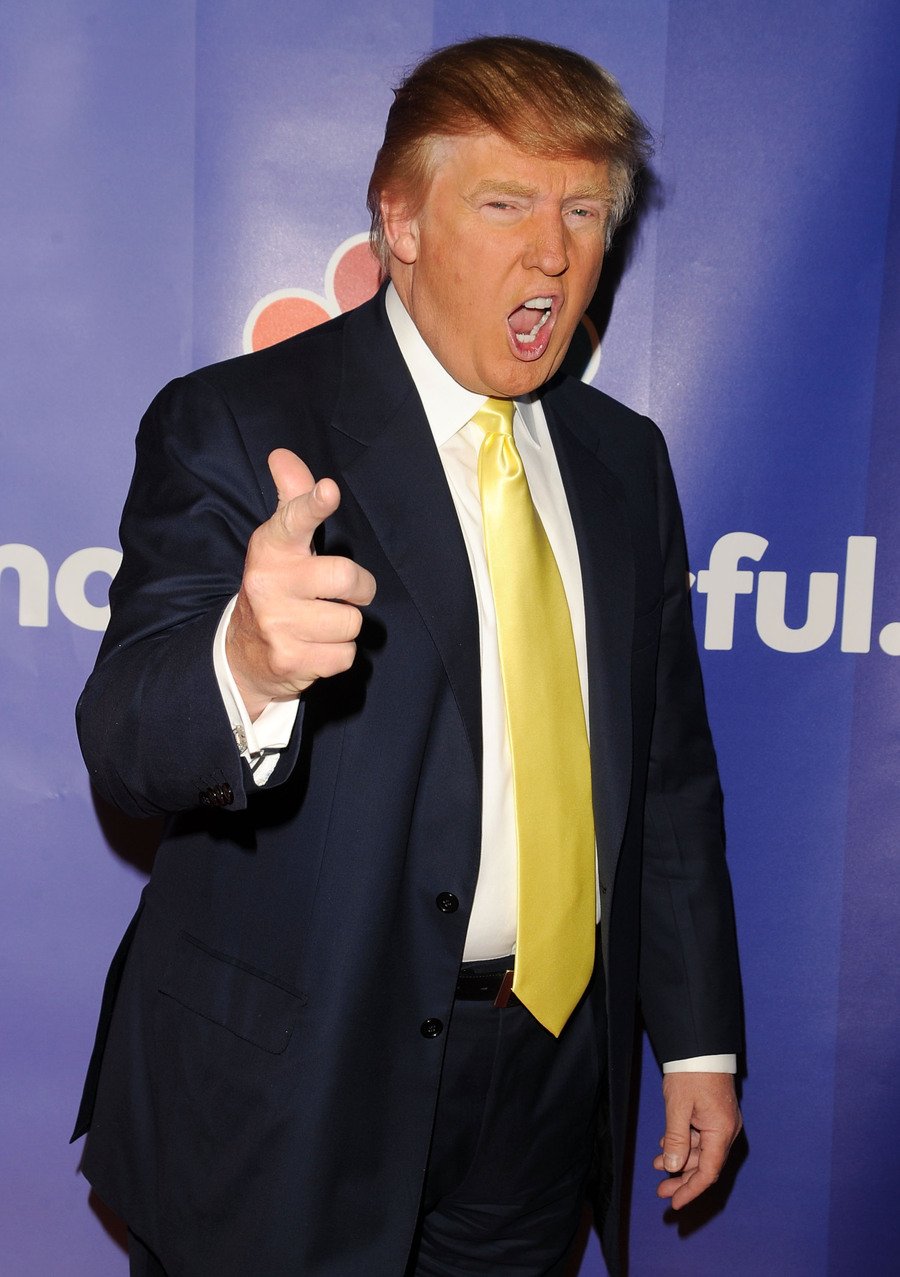 Mar-a-Lago was constructed from 1924 to 1927 by cereal heiress Marjorie Merriweather Post. She spent $7 million in 1920s dollars constructing the mansion. That's the same as $101 million in today's inflation-adjusted dollars. Upon her death in 1973, Post donated the 17-acre estate to the United States Government, hoping it would be used as a Winter White House. The Federal government soon realized the cost of maintaining such a property was enormous and decided to decline the gift. The Post Foundation attempted to sell the property in 1981 for $20 million, the same as $56 million in today's dollars. Posts daughters did not maintain the property at all and it quickly fell into disrepair.

Around this time Trump had unsuccessfully attempted to buy a series of properties nearby. Having learned of Mar-a-Lago through friends, he offered the Post Foundation $15 million, but they declined.

Trump proceeded to purchase the land in between Mar-a-Lago and the ocean for $2 million from Jack Massey, the former owner of KFC, and announced his intention to build a large mansion on the parcel. Had he gone through with this plan, Mar-a-Lago's ocean views would have been totally obstructed and as such, all remaining interest in the sale died. Trump ended up successfully buying Mar-a-Lago for $7 million in 1985. He proceeded to renovate the state at a cost of many millions of dollars. He added a 20,000 square-foot ballroom, a waterfront pool and five clay tennis courts.

After facing steep financial problems in the wake of a divorce and a precipitous decline in New York real estate values, in the 1990s Trump was forced to make a deal with his creditor bankers that he would sub-divide the property into private residences which he would sell off to raise funds. When Palm Beach residents learned of this plan they were furious and pressured the city council to reject this concept. As a consolation, he decided to turn the estate into a private club.

Today the 126-room, 62,500 square-foot mansion is a members-only club with hotel-like amenities including guest rooms and a spa. If it were to be put up for sale in an average market, it would fetch at least $160 – 200 million.