What is Donald Sterling's Net Worth?

Donald Sterling is an American business magnate and former attorney who has a net worth of $4 billion dollars. Donald Sterling is perhaps most famous for being the former owner of the The Los Angeles Clippers. He is also one of the most prominent real estate investors in Los Angeles, owning thousands of apartment units across the city.

Donald Tokowitz, better known as Donald T. Sterling, was born in Chicago, Illinois, on April 26, 1934, to Susan and Mickey Tokowitz. His parents were both Ashkenazi Jewish immigrants. The family moved to Los Angeles when he was two years old, and he was raised there in the Boyle Heights neighborhood of the city. He attended Theodore Roosevelt High School in Los Angeles, and graduated in 1952. While there, he was a member of the gymnastics team and also served as class president. He continued his education at California State University, Los Angeles, graduating in 1956, and then attended Southwestern University School of Law, graduating in 1960. In 1959, when he was 25 years old, he and his wife Shelly changed their name to "Sterling", because peers found "Tokowitz" difficult to pronounce, and also because they believed there would be financial benefits.

Sterling began his professional career in 1961 as a divorce and personal injury attorney. At the time, Jews had fewer opportunities at large prestigious law firms, so he built up his own independent practice. He also started venturing into the realm of real estate by making his first property purchase, a 26-unit apartment building in Beverly Hills.

In the 1960s, other property investments he made include the purchase of Lesser Towers, two large apartment buildings in the Westwood area of Los Angeles that he renamed Sterling Towers; and the leasing of the California Bank Building in 1976, which he renamed Sterling Plaza.

As of April 2014, he owned 162 properties in Los Angeles. In addition to LA, he has properties in Orange County, San Diego and Las Vegas. Even though he is a former attorney, a Los Angeles jury ruled against Sterling making him pay $17.3 million in a lawsuit filed by an actress, Robyn Cohen, who lost most of her belongings in a fire at a West Hollywood apartment building owned by Sterling.

In 1981, at the suggestion of Jerry Buss, who had purchased the Los Angeles Lakers NBA team in 1979, Sterling bought the San Diego Clippers for $12.5 million dollars. At the time of purchase, the Clippers were a struggling franchise, and at his introductory news conference Sterling pledged to "spend unlimited sums" to build up the Clippers. The team struggled through its first few seasons under Sterling's ownership, and did not enjoy a winning season until the 1991-1992 NBA season, eleven years after he took over as owner. 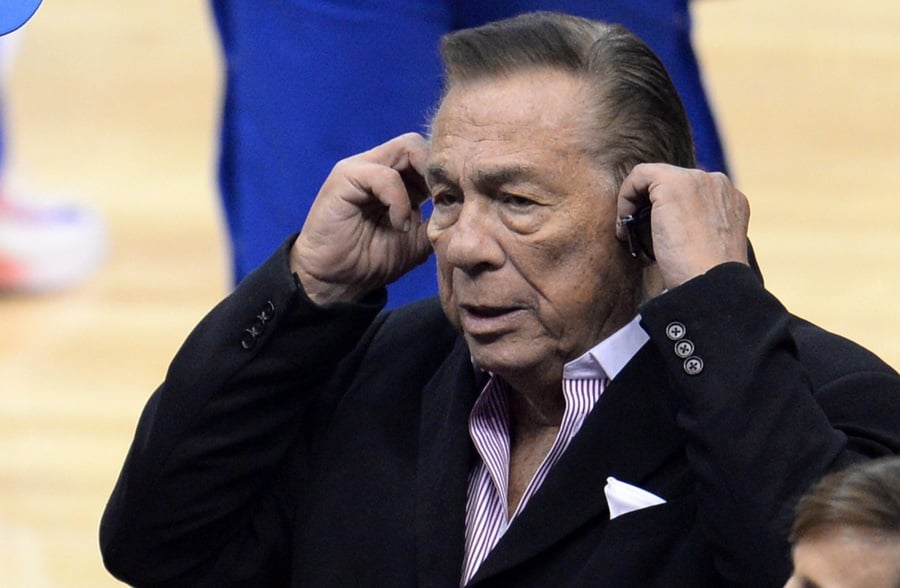 He tried to move the team to Los Angeles in June 1982, but was investigated by an NBA committee of six owners, and initially the committee not only blocked the move, but also recommended that Sterling be removed as the owner of the Clippers; they eventually dropped this recommendation after he handed over the team's operations to Alan Rothenberg, who assumed the role of the team's president.

He tried to move the Clippers to Los Angeles from San Diego again in 1984, this time inspired by the success of his friend Al Davis in moving his NFL team the Oakland Raiders to Los Angeles without prior league approval. Despite the Clippers' move to Los Angeles not being approved by the NBA, Sterling did it anyway, and was hit with a $25 million fine from the league. He subsequently sued the NBA for $100 million, and dropped the suit after they relented and agreed to decrease his original $25 million fine to $6 million.

During their first season in Los Angeles, the Clippers played at the Los Angeles Memorial Sports Arena, and from 1994 to 1998 they played at Arrowhead Pond of Anaheim (now the Honda Center), before moving to the Staples Center in Downtown Los Angeles in 1999, where they shared the facilities with other popular tenants like the Los Angeles Lakers. Eventually, Sterling spent $50 million to build a new state-of-the-art practice facility and team headquarters for the Clippers in the Los Angeles Playa Vista neighborhood. The facility opened in September 2008. Prior to that, the team had practiced in El Segundo at a local health club, and at Los Angeles Southwest College.

As of 2013, the team was said to be worth $700 million. After over thirty seasons of ownership, Sterling had become the longest-tenured owner in the NBA. His ownership was not entirely smooth sailing. In 2009, ESPN The Magazine named the Clippers as the worst franchise in professional sports. Sterling's ownership has also come under critical fire often. For example, he was called the "worst owner in sports" by both The New York Times and Forbes, and Sporting News described him as "one of the worst owners in basketball".

He really came under fire in April 2014 for racist remarks he made in a recording of a conversation between him and his mistress, V. Stiviano. That same month, NBA commissioner Adam Silver  announced that Sterling was to be banned from the league for life, and fined $2.5 million dollars. Sterling was also stripped of almost all of his authority of the team, and his presence was banned from all Clippers facilities. Furthermore, Silver also announced his intent to move to force Sterling to sell the team, based on the fact that he willfully violated the rules.

In May 2014, his wife, Shelly Sterling, negotiated a deal to sell 100% of the Clippers to Steve Ballmer, former Microsoft CEO, for $2 billion.

Sterling married Rochelle "Shelly" Stein, in 1957, with whom he has three children. They became estranged in 2012. Unfortunately, he lost his oldest son Scott in 2013, when he was found dead of an apparent drug overdose in his Malibu apartment. 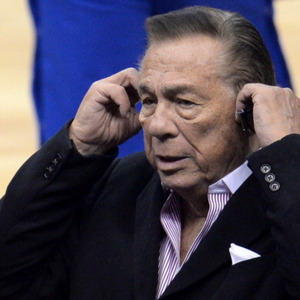