Dmitry Rybolovlev Net Worth: Dmitry Rybolovlev is a Russian businessman who has a net worth of $7 billion. Most of Rybolovlev's fortune comes from a successful potash company called Uralkali, although he has branched out into a number of different business ventures over the years. Sports fans may know Dmitry as the president of AS Monaco, a successful soccer team that plays in France's Ligue 1. In terms of his overall wealth, he consistently ranks among the top 250 billionaires in the world.

Early Life: Dmitry Yevgenyevich Rybolovlev was born on November 22nd of 1966 in Perm, Russia. At the time, Russia was technically the Russian SSR of the Soviet Union. Raised by two doctors, Dmitry attended the Perm State Medical University and graduated in 1990. He then began to work in the cardiology wing of the local hospital in Perm and started raising a family with his wife, Elena.

Career: As soon as Rybolovlev had graduated from medical school, he began to venture into the business world. At first, he worked alongside his father to develop a new kind of medical treatment technique involving magnetic fields. The economic uncertainty associated with the collapse of the Soviet Union shifted Dmitry's focus. Because of the demands of the time, customers were more likely to pay Rybolovlev with various products rather than actual cash. In turn, Rybolovlev was forced to create a new business to sell these products. This is when his business career really started to take off.

By 1992, Dmitry had relocated to Moscow. He started trading and dealing with securities before opening an investment company. Rybolovlev then founded his own bank, and by the mid-90s he had focused almost entirely on investments in the potash industry. Eventually, he became highly involved with Uralkali, a Russian potash producer and exporter. Over the years, he built this company into a major player on the global stage.

In 2010, Rybolovlev purchased a 9.7% stake in the Bank of Cyprus. After relocating to Monaco that year, Dmitry then bought a majority stake in AS Monaco FC. His influence proved to be extremely positive for the club, and he reversed their fortunes within years. By 2013, AS Monaco was promoted back into France's Ligue 1, and Rybolovlev had overseen the purchase of many new players.

Controversies: Dmitry Rybolovlev has been involved in many controversies over the years. In 1996, Rybolovlev was arrested on suspicion of murdering the general director of the Perm AO Neftekhimik. He received a not guilty verdict in 1998 after Oleg Lomakin retracted his testimony and admitted to slander.

In addition, Dmitry has also been accused of polluting the Kama river, as Uralkali has been listed as one of the top 100 polluters in Russia by an NGO. Some even stated that parts of the river had been completely turned to brine as the result of Uralkali "routinely ejecting harmful elements" into the water. In 2016, Rybolovlev was one of the many names associated with the infamous Panama Papers scandal.

Specifically, Dmitry was accused of hiding expensive art pieces from his wife during their divorce proceedings. However, subsequent reports revealed that Rybolovlev had not made any attempts to hide offshore accounts registered in the Virgin Islands, and that these accounts had been set up several years before the divorce in any case.

Relationships: In 1987, Rybolovlev married Elena Rybolovleva in Russia. They subsequently had two children together before divorcing in 2008.

Divorce: In 2008, Elena filed for divorce, claiming that Dmitry had been unfaithful numerous times. During his divorce, Rybolovlev sold his shares in Uralkali for $6.5 billion in 2010. In late May 2014, a Swiss court ordered Dmitry to pay his ex-wife $4.5 billion in a divorce settlement. The settlement was eventually reduced to $604 million. In 2015, Elena and Dmitry finally reached an amicable settlement, although the details of this settlement were never revealed.

Real Estate: In 2017, it was widely reported that Rybolovlev had purchased a mansion in Palm Beach directly from Donald Trump. This was during the early days of the Trump administration when various political figures were trying to establish a connection between the then-president and Russian influencers. In fact, the real estate transaction had been completed almost ten years prior in 2008, when most people would have laughed if they were told that Trump would one day be president.

In total, Dmitry paid roughly $95 million for the Palm Beach mansion. This was $13 million more than any other Palm Beach house on the market at that time. According to Rybolovlev's PR people, the home was purchased as an investment for the family trust. The home spans 62,000 square feet of living space, and it was formerly known as "Maison de L'Amitie" (House of Friendship). The home has a storied history, and Donald Trump originally purchased the home back in 2005 for over $41 million – outbidding Jeffrey Epstein.

When Rybolovlev purchased the home from Trump, it was the most expensive residential property sale in the United States at the time. When Rybolovlev was going through a divorce in 2011, he denied direct or indirect ownership of the property. Throughout these many years, the home remained completely empty since being purchased. After the home was appraised at about $60 million in 2013, Dmitry announced plans to completely demolish the home.

In demolishing the home, Rybolovlev destroyed a historic residence that had been owned by a number of high-profile business tycoons and public figures since the 1930s. Dmitry's proposal to divide the land into smaller plots was approved, and it was eventually subdivided into three separate parcels of land of about 2 acres each. One of these parcels quickly sold for just over $34 million. In 2021, it was reported that all three parcels had sold for a combined sum of just over $108 million. With this shrewd move, Rybolovlev was able to generate a profit on his initial investment – and this probably helped during his expensive divorce. 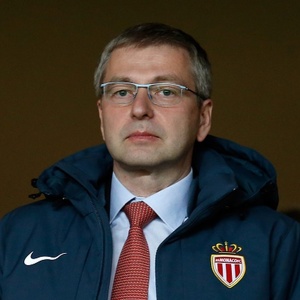