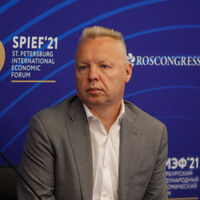 What is Dmitry Mazepin's Net Worth?

Dmitry Mazepin is a Belarusian-Russian oligarch who has a net worth of $1.8 billion. Mazepin is known for being the chair and majority shareholder of the chemical product manufacturer Uralchem. He has held a number of other executive positions over the years, including at such companies as Infistrakh, Falkon Bank, and Sibur. Following the Russian invasion of Ukraine in early 2022, Mazepin was sanctioned by both the UK and the EU.

Dmitry Mazepin was born on April 18, 1968 in Minsk in the Soviet Union. As a young adult, he attended the Suvorov Military Academy, graduating in 1985. Following this, Mazepin became a military interpreter in Afghanistan. He went on to attend MGIMO University in 1992.

Mazepin began his career in business serving in executive positions at the Russian companies TNK and Sibur. From 1992 to 1993, he was also the CEO of the insurance company Infistrakh. After this, Mazepin became deputy branch manager of Belarusbank, and held a number of executive positions at Falkon Bank. His biggest position yet came in 1997 when he was appointed vice president of the oil company TNK. The year after that, Mazepin began serving as the deputy president of the board of Flora Moscow Bank, a post he held until 1999. He subsequently served as the CEO of the coal producer Kuzbassugol, and then as the first deputy chairman of the Russian Federal Property Fund.

Mazepin held multiple high-level corporate positions in the early-to-mid 00s. From 2002 to 2003, he was the president of Sibur, a subsidiary of the Russian state-owned energy company Gazprom. Mazepin was the successor of Jacob Goldovsky, who had been arrested for illegally removing company assets. During his tenure as president, Mazepin worked to return the assets and stabilize the financially embattled company. Additionally, he led efforts to diversify Sibur's sources of revenue.

Following his departure from Sibur, Mazepin founded his own company, Constructive Bureau, in 2004. The company soon obtained a majority stake in Kirovo-Chepetsk Chemicals Plant, of which Mazepin became the chairman of the board. Later, the Constructive Bureau acquired stakes in Perm Halogen, Minudobrenia, Berezniki Azot, and Khimprom.

In 2007, Mazepin combined all his assets to form the public joint-stock company Uralchem. The company manufactures an array of chemical products; notably, it has an annual production capacity of three million tons of ammonia and ammonium nitrate, as well as one million tons of fertilizers and phosphate. Mazepin serves as Uralchem's chairman of the board of directors. Through the company in 2008, he acquired a 75% stake in Voskresensk Mineral Fertilizers, a stake that was increased to 100% a few years later. Additionally, Mazepin formed the public joint-stock company Halopolymer by combining the production facilities of Perm Halogen and Kirov-Chepetsk Plant.

In 2013, Uralchem acquired 20% of Uralkali, the largest fertilizer of potash in the world. The deal was estimated at around $2.9 billion. Mazepin subsequently joined the company's board of directors, of which he soon became the deputy chairman. Also around this time, Uralchem opened a terminal at the Riga Port in Latvia designed for storage and the handling of bulk fertilizers. The following year, the company took a controlling stake in SIA Ventamonjaks, a liquid ammonia transshipment terminal. Uralchem has since made significant forays into African markets, with developments planned in Zimbabwe, Angola, Zambia, and Kenya. 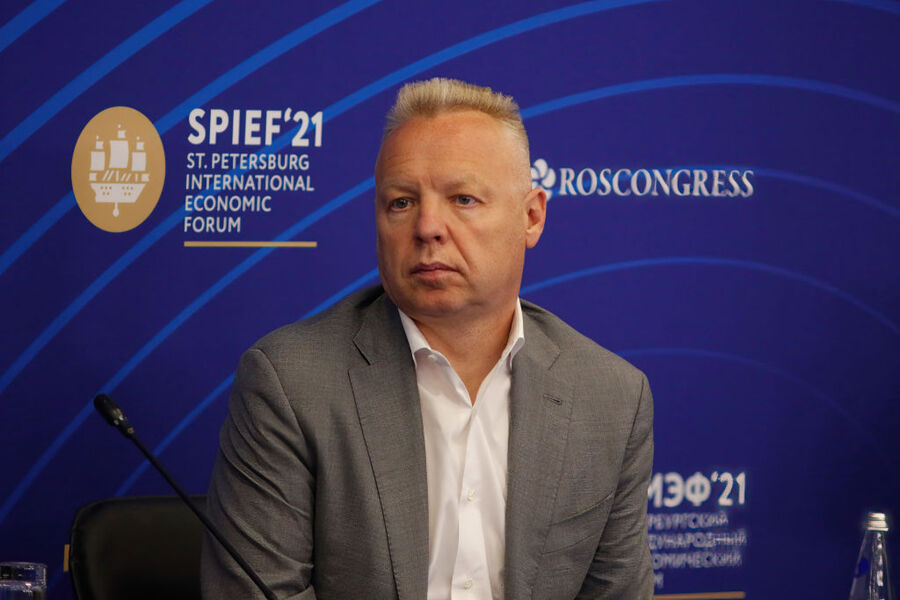 Among his other positions, Mazepin is the chairman of the Russia-Zimbabwe Business Council and the Russia-Belarus Business Council. He also holds a number of international memberships, including with the Russian Union of Industrialists and Entrepreneurs, RSPP.

Mazepin has attracted significant controversy over the years for a variety of reasons. During his time at the Russian Government Property Fund, he was accused of conflicts of interest due to his positions on several company boards at the time. Later, Mazepin was accused of attempting a hostel takeover of the public chemical company Togliattiazot by threatening its executives.

After Russia began its invasion of Ukraine in early 2022, Mazepin was added to the list of sanctions by the European Union and the United Kingdom. During this time, he sold his majority stake in Uralchem and stepped down as CEO. As a result of the sanctions, Mazepin had many of his properties seized by authorities.

In April 2022 a $115 million Italian Villa was seized by financial police after it was determined that the property was legally owned by Dmitry and his son Nikita. You can see the incredible property in this drone video below:

With his wife, Mazepin has five children, three of whose names are publicly known: Nikita, Anastasia, and Maria. Nikita Mazepin is a racing driver who has competed in multiple FIA Championships. In 2022, he was sanctioned by the EU and UK along with his father after Russia invaded Ukraine, and had his Formula One contract terminated.

On the philanthropic side of things, Mazepin has been involved in a number of charitable endeavors. He has supported educational programs, social programs for veterans, regional development initiatives, and cultural and sporting events. In 2012 alone, he reportedly spent $700,000 on philanthropic causes, including an initiative that sponsors automobiles for low-income families living in the region of Kirov.