How much is Dirk Rossmann Worth?

Dirk Rossmann Net Worth: Dirk Rossmann is a German entrepreneur who has a net worth of $2.9 billion. Born on September 7, 1946 in Hanover, Germany, he made his fortune as the founder of Dirk Rossmann GmbH, a private drugstore chain. In 1972, Rossmann launched the first self-service drugstore in Germany at the age of 25. Since then, the company turned into an empire operating with 2,775 stores in six countries in Europe, including Germany, Hungary, Albania, Poland, Czech Republic and Turkey. Moreover, in 2012, the empire has made a profit of $ 7.9 billion, and today, it is the second largest pharmaceutical chain in Germany. Currently, Rossmann holds 60% of the company, because in the 80s, he sold 40% of the shares to Hanover Finanz, which later (in 2004) sold them to Hutchison Whampoa owned by Hong Kong billionaire Li Ka-Shing. His sons, Raoul and Daniel, also work for the family business. In addition to his drugstore chain, Rossmann owns 25% of Deutsche Beteiligungs AG (known as DBAG), a German private equity firm, and his stake worth approximately $95 million. Furthermore, he founded a charitable foundation in 1991 that is focused on family planning. 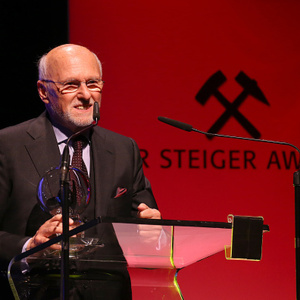