Dinu Patriciu net worth: Dinu Patriciu is a Romanian businessman who has a net worth of $1.5 billion dollars. Born in Romania, Dinu Patriciu, also known as Dan Costache Patriciu, graduated from the Bucharest Institute of Architecture, and made a name for himself as a very successful architect. He won a number of design awards, both domestically and internationally.

In the late 90s, he led a group of businessmen, all investors, in taking control of Rompetrol, a Romanian oil company. Under his leadership, Rompetrol grew to become a multi-billion dollar business, which he then sold to KazMunaiGaz, Kazakhstan's primary energy company. He then used his wealth to invest in a wide range of initiatives, including real estate development, alternative energy, various media ventures, and supermarkets. His real estate company, Dinu Patriciu Global Services, oversees 117 real estate ventures in Poland, Belgium, the Netherlands, Germany, and Romania. In addition to his work as a businessman, he was also a member of the Romanian Parliament from 1990-1996, and again from 2000-2003. 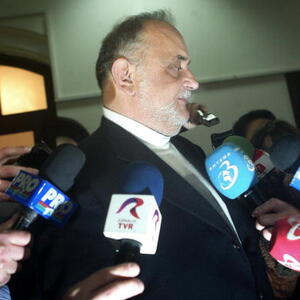