Dietmar Hopp Net Worth: Dietmar Hopp is a German entrepreneur who has a net worth of $7.1 billion. Dietmar Hopp was born on April 26 1940, in Heidelberg, Germany. He joined the world's richest list as a co-founder, co-chairman and co-CEO of the German software company SAP AG. Ever since he became one of SAP's founders in 1972 (with other former IBM colleagues Hans Werner Hector, Klaus Tschira,Claus Wellenreuther and Hasso Plattner), Hopp has helped the company rise into the giant that it is today.

He served as SAP's co-CEO from 1988 to 1998, and then as Chairman of the Supervisory Board until 2003. It was in 2005 that he officially retired from the SAP Board, keeping around 10% of the company's shares. In 2006, he decided to transfer the majority of his fortune (70% or about €4 billion) to a charitable foundation, Dietmar-Hopp-Stiftung. Currently one of the largest foundations in Europe, Hopp's foundation supports sports, medicine, education and various social programs. As of 2000, Hopp also became notable as the key financial backer of the German football club TSG 1899 Hoffenheim. In addition to the above, he owns a luxury golf resort and gated community in Provence, Domaine de Terre Blanche, as well as a home in Naples, Florida. 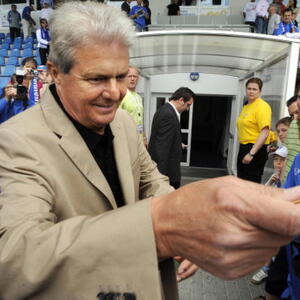