Dennis Washington net worth: Dennis Washington is an American billionaire entrepreneur who has a net worth of $6.1 billion dollars. Born in Spokane, Washington, Dennis Washington moved around the upper Midwest as a child, and then left Washington to work in Alaska and Montana. He started his construction company, Washington Construction, in the early 1960s, with a single bulldozer and $30,000. Just five years later, the company had grown to be the largest construction firm in Montana. He then began to diversify, expanding into mining and dam construction. His mid-1980s purchase of a Montana-based copper mine proved to be an incredibly wise choice. With his profits from the mine he was able to further expand into a wide range of business ventures, including shipping, real estate, aviation, and railroad construction. He is now one of the wealthiest people in the world and the richest person in Montana. He still runs the Washington Companies in the United States and the Seaspan Marine Corporation in Canada.

In September 2017, a real estate trust linked to Dennis' son Kevin Washington purchased a home in Santa Monica, California for $41 million. It is the highest price ever paid for a home in Santa Monica. Kevin purchased the home from Modern Family creator Steven Levitan. Levitan built the 10,000 square foot home on a vacant lot he acquired for $8.6 million in 2013. 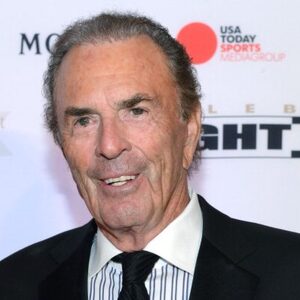