Dennis Tito net worth: Dennis Tito is an American engineer and entrepreneur who has a net worth of $1 billion. Dennis Tito was born in Queens, New York in August 1940. He is known for being the first space tourist who funded his own trip into space. Tito spent nearly eight days aboard the ISIS EP-1 in mid-2001. He spent $20 million on his ticket to space, roughly $30 million in today's dollars. The mission visited the International Space Station and was launched by the spacecraft Soyuz TM-32 before being landed by Soyuz TM-31. He first dreamed of traveling to space as a child when he saw a satellite blinking overhead. He dreamed of traveling to space but never thought he'd qualify without being a very strictly trained fighter pilot, which he did not want to become.

Dennis Tito graduated from New York University and earned his MS from Rensselaer Polytechnic Institute. He began his career at NASA's Jet Propulsion Laboratory in Pasadena, California as an aerospace engineer. He designed computer algorithms that helped choose trajectories for NASA missions to Mars and Venus. He would eventually use similar algorithms in the business world, applying complex mathematics to the stock market

Outside of space travel, Dennis Tito is known for being the founder of the financial firm Wilshire Associates. The company, which was launched in 1972, provides management, consulting, and technology services. The company directly manages $71 billion in client assets and provides advice for $1 trillion worth of pension fund assets through its Wilshire 5000 stock index. During the 1990s Dennis Tito was appointed to the Los Angeles Department of Water and Power Board of Commissioners. In 2013 he announced his intention to send a privately financed spaceflight to Mars by the year 2018, although it did not happen.

Dennis lives in one of the most impressive mansions in all of Los Angeles. The 30,000 square-foot home is located at the very top of a mountain, high above Brentwood, Santa Monica and the Pacific Palisades. It is one of the largest homes in Los Angeles and potentially has the best views of any home in the county. 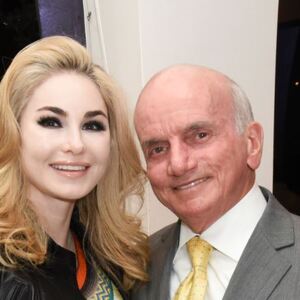