Denise York net worth: Denise York, also known as Marie Denise DeBartolo York, is an American businesswoman and entrepreneur who has a net worth of $1.1 billion dollars which makes her one of the richest people in Ohio. Born in Youngstown, Ohio, Denise York graduated from Saint's Mary College, and then began working for her family's business, The DeBartolo Corporation, a major real estate development firm.

She subsequently became the company's executive vice president, and rose to the position of co-Chairman in 1994. She became the owner and President of the NHL team, the Pittsburgh Penguins in 1978. She sold the team after they won a Stanley Cup in 1991. She then took control of the San Francisco 49ers franchise from her brother, who had been convicted of federal bribery. Her son, Jed York, became President of the 49ers in 2008, while she and her husband served as co-Chairman. In 2012, they stepped down as co-chairs. Jed York is the current CEO. 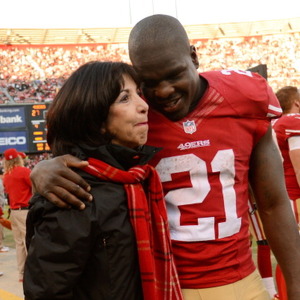