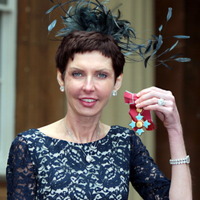 Denise Coates Net Worth and salary: Denise Coates is a British businesswoman who has a net worth of $3.6 billion. A founder and current joint CEO of online betting company Bet365, Denise Coates has not only earned billions but also established herself as arguably Britain's most successful self-made businesswoman. Judging from her personal story, one can say she has been carrying the entrepreneurial spirit from an early age. Denise was still in school when she started working in her father's betting shops, mainly as a cashier crunching numbers. Next, she got trained as an accountant and took over some of her father's shops, reversing their fortunes before selling them to gigantic bookmaker Coral. Once the deal was closed, she noticed a great potential in the online gambling business as the dot-com boom has just started. Thus, she urged her family to invest in that direction. In 2000 Denise Coates bought the domain Bet365.com and she managed to launch the website not a full year later, in March 2001, after being shunned by traditional venture capitalists. Now, she shares the CEO position with her brother John and is the single largest shareholder in the company with a 50.3% stake. Bet365, whose sales reached $1.6 billion last year, also owns British Premier League team Stoke City.