C. Dean Metropoulos net worth: C. Dean Metropoulos is an American businessman who has a net worth of $2.1 billion dollars. That makes Dean one of the richest people in Connecticut. Born in Greece, C. Dean Metropoulos grew up in Watertown, Massachusetts. He earned both his Bachelor's degree and his Masters from Babson College, and then relocated to Geneva, Switzerland, where he served as a financial director for GTE.

After returning to the US, he formed International Home Foods in the mid-90s, and managed to successfully re-launch several brands which were all in decline. Those brands included Chef Boyardee, PAM Cooking Spray, and Bumble Bee Seafoods, most notably. He sold the company for almost $3 billion four years later. He then performed the same magic with Aurora Foods by buying it, merging it with Pinnacle Foods, and reselling the new company for $2.2 billion. He now runs his own private equity firm, Metropoulos & Co., which purchased Pabst Brewing Co., North America's largest remaining independent brewing company, for $250 million dollars in 2010. He also owns the luxury hotel, Castle on the Hudson. Dean has two sons, Daren and Evan. Evan controlled Pabst Blue Ribbon until the brand was sold to a Russian company called Oasis Beverages for $750 million. Daren is a budding real estate developer who famously purchased the Playboy Mansion in June 2016 using $110 million of his father's money. Daren already owned a house right next door to the mansion and plans to turn the two properties into one massive mega-property. 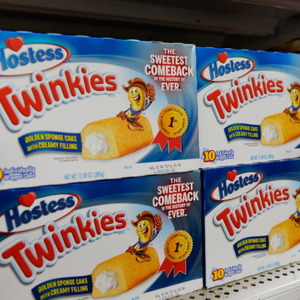