David Thomson net worth: David Thomson, the 3rd Baron Thomson of Fleet, is a Canadian businessman who has a net worth of $33 billion. David Thomson is the Chairman of the Thomson Reuters corporation and his family is the richest in Canada.

David Thomson lives in Toronto where he guards his privacy closely. Thomson rarely gives interviews but does support many art foundations and The Winnipeg Jets NHL team, which he owns. David Thomson's career in business has largely been characterized by his work within companies controlled by his family. That business, known up until 2008 as The Thomson Corporation, specializes in "financial services, healthcare sectors, law, science & technology research, and tax & accounting. In 2008, they merged with famous media company Reuters to form Thomson Reuters, which continues to be a big part of the information world to this day. Thomson himself is known for his somewhat unorthodox lifestyle compared to other wealthy businessmen, keeping a very low profile and having. Perhaps Thomson's philosophies about life can best be summed up by this quotation, taken from a 2006 New York Times interview: "When you try to live a more balanced life, traditional businessmen think that you are not a real man. But who is not the real man? You are telling me? You have not taken a weekend with your wife, you have no spare time that you use constructively, you do not have any hobbies, you do not know how to spell Mozart. And here you are telling me that I am weak?" 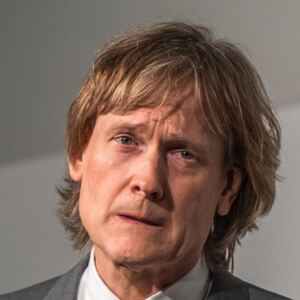