David Sainsbury Net Worth: David Sainsbury is a British businessman and politician who has a net worth of $1.1 billion. Born David John Sainsbury on 24 October 1940, he came into riches after he inherited a $38 billion stake (sales) in Sainsbury's, one of the largest supermarket chains in the UK today. Aside from becoming major shareholder, Mr. Sainsbury serves also as Chairman and CEO, positions that he left in 1997 when he was made a life peer and acquired the title Lord David Sainsbury of Turville. In 1998, he was appointed to the government, spending eight years as Minister of Science and Innovation until he resigned in 2006. Nowadays, he sits in the House of Lords as a member of the Labour Party. As a loyal member of the party, he has given $15 million since 2000. However, he has reportedly increased since 2010 when Ed Miliband took the helm. It was Ed's brother, David Miliband that David supported. In addition to the above, he set up the Sainsbury Management Fellowship Society in 1987 with the aim to help engineers from the U.K. become effective C-level executives and corporate leaders. Through the program, he gives $472,000 in MBA scholarships to young, qualified engineers in the UK. 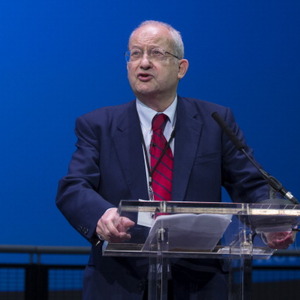