David Rockefeller Net Worth: David Rockefeller was an American banker and philanthropist who had a net worth of $2.9 billion. Before his death on March 20, 2017 at the age of 101, David was the oldest living member of the Rockefeller family. He was born on June 12, 1915 in New York City. His grandfather was John D.

Rockefeller, the founder of Standard Oil and one of the wealthiest people in human history. At the time of death in 1937, John D. Rockefeller Sr had an inflation-adjusted net worth of $340 BILLION. David's father John D. Rockefeller Jr. developed Rockefeller Center in Manhattan. David was a graduate of Harvard University. He also earned a PhD from the University of Chicago. David initially served as a secretary to New York Mayor Fiorello La Guardia. Then, he became assistant regional director of the U.S. Office of Defense, Health and Welfare Services. When World War II broke out, Rockefeller enlisted in the Army, and in 1945, he was appointed a captain. During the war, he served in France and North Africa for military intelligence putting up economic and political intelligence units. After the war ended in 1946, Rockefeller became a part of the family-associated Chase National Bank, and he served as an assistant manager in the Foreign Department. Fifteen years later, Rockefeller became a president, and served as a Chairman until his retirement in 1986. As a member of the Rockefeller clan, he has interfaced with every United State president, and sometimes, Rockefeller served as an unofficial ambassador on diplomatic missions. He spent the majority of his final years focused on philanthropic work, real estate and art collections. 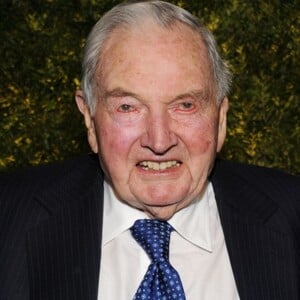