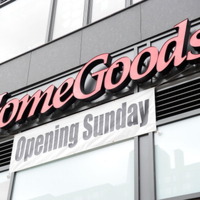 David Green net worth: David Green is an American businessman who has a net worth of $5.2 billion which makes him one of the richest people in Oklahoma. Born in Oklahoma City, Oklahoma, David Green grew up in a poor family. His father was a preacher, and he grew up in a relatively strict Christian household. He began his own business in 1970 with a $600 loan. Two years later, he opened the Hobby Lobby Arts and Crafts store in Oklahoma City. The business has since grown to 520 locations around the world. It is one of the largest Christian companies in the United States, and Mr. Green is known for running the business based on biblical principles. He is a staunch supporter of evangelical education, and has given millions to Christian universities. He also has also put almost 1.4 billion copies of gospel-related literature or books in homes in Africa and Asia. He is the co-author of the book, "More Than a Hobby: How a $600 Startup Became America's Home and Craft Superstore".