David Filo Net Worth: David Filo is an American businessman who has a net worth of $3.2 billion dollars. David Filo is one half of the team that founded Yahoo!, the other half being Jerry Yang. Filo graduated from Tulane University with a BS in Computer Engineering.

He eventually gave TU's School of Engineering a $30 million donation. He was born on April 20, 1966, in Wisconsin. Having moved with his family from his native Wisconsin to Louisiana at the age of six, he attended high school at Sam Houston High School near Lake Charles, Louisiana. He eventually studied at Tulane University with a Dean's Honor Scholarship. Once he graduated with a BS in Computer Engineering, Filo continued his studies at Stanford University, from which he eventually earned a Master of Science degree. While at Stanford, Filo teamed up with Jerry Yang, another Computer Engineer, to set up a directory in order to share sites with their friends. That's how Yahoo! was created. At first, it was meant to help organize their findings and help other people find relevant sites. Yahoo! soon grew to include other Stanford alumni, together with Filo and Yang, to develop its software further. Eventually, Yahoo! became one of the most popular directories and search engines on the web. Today it has grown to provide consumers with numerous services aside from web search like online dating, shopping and website hosting. 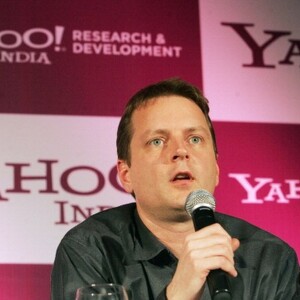