David Bonderman Net Worth: David Bonderman is an American entrepreneur who has a net worth of $4 billion. Bonderman earned his fortune as the founder of TPG Capital and its Asian affiliate Newbridge Capital, but he is probably best-known for being a minority owner of the NBA's Boston Celtics and the co-majority owner (with producer Jerry Bruckheimer) of the NHL's Seattle Kraken team.

David Bonderman was born on November 27 1942 in Los Angeles, California. He graduated from the University of Washington followed by Harvard Law where he graduated in 1966 magna cum laude. After school, Bonderman traveled to Cairo, Egypt, to study Islamic Law. When he returned, Bonderman became a Fellow in Foreign and Comparative Law at Harvard, assistant professor at Tulane University Law School and a special assistant to the U.S. Attorney General. Next he became a partner in the law firm of Arnold & Porter, where he specialized in securities, corporate, antitrust litigation and bankruptcy. Through the years, Bonderman served on the boards of many prominent companies, including the Robert M. Bass Group, Inc., Washington Mutual, Inc., American Savings Bank, Burger King Holdings, Inc., Continental Airlines, Inc. and many more.

Finally, in 1992, he formed Texas Pacific Group, later renamed TPG Capital, which now holds over $100 billion in assets. Bonderman also serves on the boards of the Grand Canyon Trust, the World Wildlife Fund, The Wilderness Society, The American Himalayan Foundation and The University of Washington Foundation. 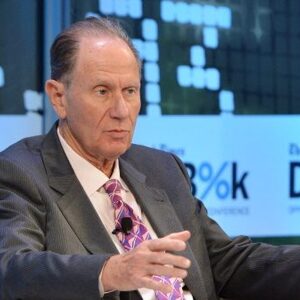