Dan Snyder net worth: Dan Snyder is an American billionaire who has a net worth of $2.3 billion dollars. He is probably most famous for being the owner of the Washington Redskins. He is also the primary investor in Red Zebra Broadcasting, which is home to the Redskins Radio ESPN and owns Dick Clark Productions, among other media outlets. His time as owner of the Redskins has been largely unsuccessful, leading to considerable fan backlash. Dan Snyder was born on November 23, 1964 in Silver Spring, Maryland. He moved to England to attend private school at the age of 12, but at 14 he returned to the United States. Upon graduating from high school, he attended the University of Maryland but dropped out at the age of 20. In 1989, Snyder and his sister founded Snyder Communications, an advertising company. The brother and sister team grew the company organically and through acquisitions. They expanded the business to all aspects of outsourced marketing, proprietary product sampling, sponsored information displays, call centers, field sales, and telemarketing. The company went public in September 1996. At the time of the IPO, 32-year-old Snyder became the youngest CEO of a New York Stock Exchange listed company (up to that point). In 2000, Snyder sold the company to French firm Havas for $2.5 billion.

Snyder purchased the Washington Redskins in May 1999 for $800 million. At the time that was the most expensive transaction in sports history. After Snyder became owner, annual revenue increased from $100 million to around $245 million, and in 2007, the Redskins were the highest grossing team in the NFL primarily because of the sponsorship arrangements with Anheuser-Busch, Coca-Cola, and Sprint and a $207 million deal with FedEx for the stadium's naming rights. While financially he has been a success, he has received a considerable backlash due the team's losing record since Snyder purchased the team. Dan Snyder has been married to Tanya Snyder (maiden name Ivey), since 1994. She is a former fashion model from Atlanta and the couple have three children. 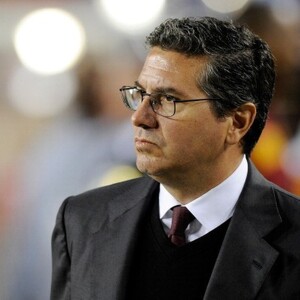