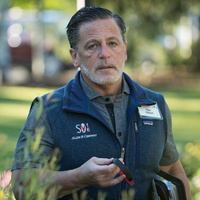 What is Dan Gilbert's Net Worth and Salary?

Dan Gilbert is an American self-made entrepreneur who has a net worth of $20 billion dollars. Gilbert earned his fortune as the founder and CEO of Quicken Loans (originally called Rock Financial). The company's name was changed after it was purchased by Intuit Inc., the company that also created QuickBooks and TurboTax. Quicken Loans now operates under the umbrella firm of Rocket Companies, which generated $5.1 billion in revenue and just under $900 million in net income in 2019. In the first half of 2020 alone, Rocket generated $124 billion in new mortgages. Dan continues to serve as company chairman.

In August 2020, Rocket Companies went public on the New York Stock Exchange, and in its first few hours of trading, the share price jumped 20% and the company's market cap topped $38 billion. Gilbert owns 95% of Rocket's equity, which means at that level his stake was worth $36.5 billion. He sold $1.8 billion worth of his shares at the IPO. When combined with his other assets, on the day of the IPO, Dan's net worth topped $42 billion. At that level he was instantly one of the 20 richest people in America and the 30 richest people in the world. Later that month, "Forbes" reported that Gilbert was America's15th-richest person. Dan is the owner of the NBA's Cleveland Cavaliers, NBA G League's Canton Charge, and the American Hockey League's Cleveland Monsters. He is also chairman of JACK Entertainment, which has owned and operated several casinos, and he serves as operator of Cleveland's Quicken Loans Arena.

Dan Gilbert was born Daniel Gilbert on January 17, 1962, in Detroit, Michigan. He grew up in a Jewish household in Southfield, Michigan, and attended Southfield-Lathrup High School and Michigan State University. After earning his bachelor's degree, Dan enrolled at Wayne State University Law School, earned a Juris Doctor, and became a member of the State Bar of Michigan. While attending college, Gilbert got his real estate agent's license and worked at his parents' real estate agency during law school.

In 1985, a 22-year-old Dan Gilbert saw a huge opportunity in the growing mortgage origination industry. Seizing this opportunity, Gilbert set up a small mortgage company that he called Rock Financial. He founded the company with Ron Berman, Lindsay Gross, and his younger brother, Gary Gilbert. The company eventually turned out to be a huge success, surpassing traditional banks like Wells Fargo. In 1999, Gilbert sold Rock Financial to Intuit for $532 million. Three years later, Dan purchased the company back for $64 million.

In 2010, Gilbert moved the Quicken Loans headquarters (and 1,700 employees) to downtown Detroit to help revitalize the city. According the company's bylaws, its headquarters cannot be moved outside of Detroit unless 75% of the voting rights holders agree to a move. Mathematically, Dan owns 79% of the company's voting shares which, in essence, means the company cannot move out of Detroit without his approval. Gilbert has made several other major investments in the bankrupt city of Detroit, including his $600 million purchase of Greektown Casino and Hotel.

In August 2020, Rocket Companies went public on the New York Stock Exchange. In its first few hours of trading the share price jumped 20% and the company's market cap topped $38 billion. Dan owns 95% of Rocket's equity which mean at that level his stake was worth $36.5 billion. He sold $1.8 billion worth of his shares at the IPO. When combined with his other assets, on the day of the IPO, Gilbert's net worth topped $42 billion. At that level he was instantly one of the 20 richest people in America and the 30 richest people in the world.

Dan became the majority owner of the Cleveland Cavaliers in 2005 for $375 million. Two years earlier, the team had drafted a local high school superstar by the name of LeBron James. Gilbert hired a new head coach and a new general manager soon after acquiring the team, and the Cavs went on to make five straight playoffs from 2006 to 2010. LeBron famously left the Cavs for the Miami Heat in July 2010. Gilbert was vocally critical of LeBron leaving, penning an open letter that trashed the former Cavs star. The hatchet was buried in 2014 when LeBron moved back to the Cavs after winning two championships with the heat (2012 and 2013). With LeBron back, the Cavs made four consecutive finals appearances between 2015 and 2018, all four against the Golden State Warriors. They won the 2016 NBA Championship, the first title in Cavs team history. Today the team is estimated to be worth at least $1.5 billion.

Dan purchased the Utah Grizzlies, a dormant American Hockey League franchise, in 2007, and moved the team to Cleveland. He renamed the Grizzlies the Lake Erie Monsters, and the name was changed to the Cleveland Monsters in 2016. He bought the New Mexico Thunderbirds from the NBA Developmental League (now known as the G League) in 2011, and moved the team to Canton, Ohio. He renamed the team the Canton Charge, and the following year, he purchased the Cleveland Gladiators, an Arena Football League team. 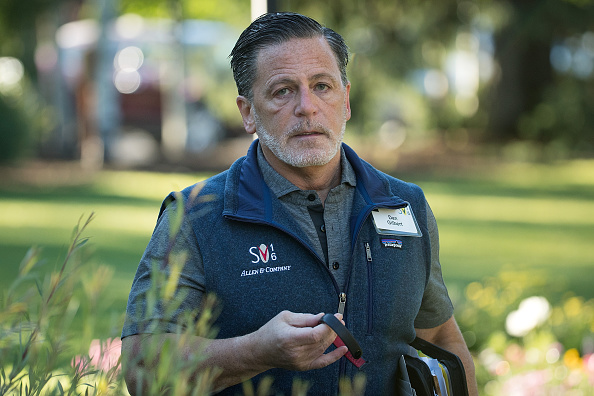 Dan and his wife, Jennifer, have five children; their oldest, Nick, had brain surgery when he was 10 years old and has undergone chemotherapy several times due to a condition called neurofibromatosis. In May 2019, Gilbert spent several days in the hospital after suffering a stroke and was later moved to a Chicago in-patient rehab facility, where he was treated for two months. The stroke caused temporary paralysis in Dan's left arm and leg, and he had to have seven stents implanted in his carotid artery.

In 2012, Dan and Jennifer signed The Giving Pledge, a "commitment to give away 50% of their wealth or more during their lifetimes or upon their death" that was launched by Warren Buffett and Bill and Melinda Gates in 2010. Inspired by his son's neurofibromatosis diagnosis, Gilbert founded Neurofibromatosis research clinics at Washington, D.C.'s Children's National Medical Center and Tel Aviv's Dana Children's Hospital. He is a board member of the Children's Hospital Foundation, the Cleveland Clinic, and the Children's Tumor Foundation as well as the vice chairman of the M-1 RAIL initiative, which promotes public transportation in downtown Detroit. In 2016, Dan made a $5 million donation to Wayne State University Law School and a $15 million donation to Michigan State University's Breslin Center renovation project.

Quicken Loans has won the JD Power Highest Customer Satisfaction Award 17 times and has also been named one of the "Fortune" 100 Best Companies to Work For 17 times. In 2016, the Cleveland Cavaliers were NBA champions and won the Best Team ESPY Award, and the Cleveland Monsters won the Calder Cup.