Dan Cathy net worth: Dan Cathy is an American businessman who has a net worth of $3.2 billion. Dan Cathy was born in Jonesboro, Georgia in March 1953. He is Chairman, President, and CEO of the fast food chain Chick-fil-A. Chick-fil-A was founded by his father S.

Truett Cathy. Chick-fil-A has 1,850 stores which are closed on Sundays. Dan Cathy started out doing radio commercials for the family Dwarf House restaurant. He graduated from Georgia Southern University and started out as director of operations for Chick-fil-A. Cathy has said that he disagrees with same-sex marriage which caused a controversy. Dan Cathy lives in Atlanta, Georgia and is married with two children. 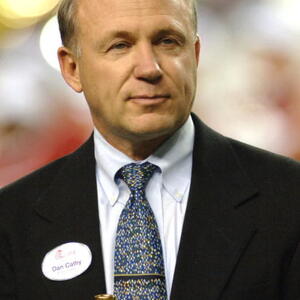