Curt Engelhorn net worth: Curt Engelhorn is a German businesman who has a net worth of $4 billion. Curt Engelhorn is the great-grandson of Friedrich Engelhorn, the founder of German chemical company BASF. Curt made his name as a head of pharmaceutical companies Boehringer Manheim and DePuy. He run both entities for 36 years, and in 1997 he sold them to Roche for $11 billion.

Reportedly, Engelhorn made $4.4 billion on the deal. Apart from the pharmaceutical business, Engelhorn is the sponsor of the Heidelberg Center for American Studies at the University of Heidelberg, funding it with more than $400,000 per year. He is also supporter of the Reiss-Engelhorn Museum in Mannheim. Nowadays, Engelhorn and his wife own a chalet in Gstaad, Switzerland, a ranch on the Costa Brava in Spain, and a villa on the Cote D'Azur in France. 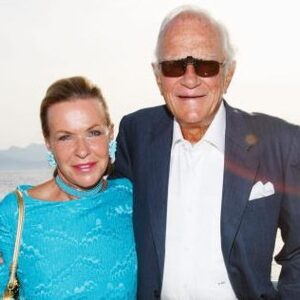