Craig McCaw net worth: Craig McCaw is an American businessman who has a net worth of $1.9 billion which makes him one of the richest people in Washington. Born in Centralia, Washington, Craig McCaw graduated from Stanford University and decided to focus on rebuilding his family's struggling broadcasting company after finishing school.

Using the money from their last remaining cable company, he rebuilt their broadcasting network, and by the 80s, his family's firm was the 20th largest cable carrier in the United States. He also began to invest in the cellular industry in the 80s, and went on to sell portions of MCI to Comcast, and his own cellular company to AT&T. He also pulled Nextel back from the brink of failure, and went on to sell it to Sprint. Each sale was a multi-billion dollar transaction. At one point, he was the highest paid CEO in the United States. He also founded the Clearview Corporation, a national broadband company, in 2004. Craig and Wendy McCaw had one of the most expensive divorces ever when after she received a $460 million settlement. 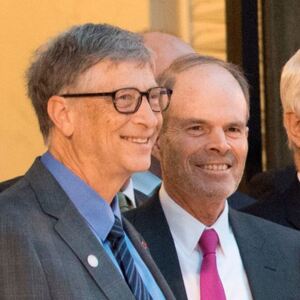