Cornelius Vanderbilt Net Worth: Cornelius Vanderbilt was a 19th century, American business owner, magnate as well as a philanthropist who had a net worth equal to $185 billion at the time of his death in 1877. Vanderbilt created an immense shipping and rail empire after quitting school at the age of 11. An early investor of the new railroad industry in the United States, Vanderbilt established connections in the water trade and eventually became the owner of the New York Central Railroad.

He earned the nickname "The Commodore," and has been praised for his contributions to the nation's transportation infrastructure. Indeed, Cornelius is said to have helped establish a corporate economy that would come to define the United States well into the modern era. Vanderbilt also established one of the wealthiest family dynasties in the world, becoming the patriarch of the Vanderbilt bloodline. Many of his heirs are still influential figures to this day. In addition, Cornelius established Vanderbilt University in Nashville.

Early Life: Cornelius H. Vanderbilt was born on May 27th of 1794 in Staten Island, New York. As a child, he worked on his father's ferry in New York Harbor, eventually quitting school at age 11. By 16, he had started his own ferry service by borrowing $100 for his mother and purchasing a small sailing vessel. It was at this point he earned the nickname "The Commodore." 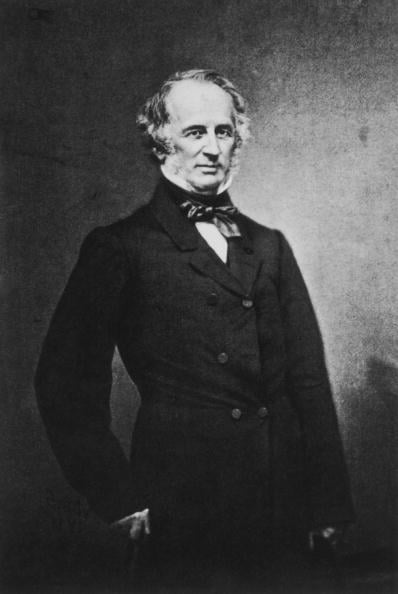 Career: At age 19, Cornelius married his first cousin Sophia, and they moved into a boarding house together. Over the course of their relationship, they had 13 children together. Over the next few years, Vanderbilt purchased more vessels and captained a steamboat while managing his own business enterprises. Successfully overturning a steamboat monopoly in New York, Vanderbilt eventually founded a large and complicated steamboat business. He also started an inn with Sophia's help.

Vanderbilt eventually switched his focus towards oceangoing steamships and ran a transatlantic line. He also donated his ships to the Union Navy during the Civil War, most notably the "Vanderbilt," a steamship that was equipped with a ram and turned into a cruiser.

After the civil war, Vanderbilt focused on establishing a railroad empire. By this point, his eldest son Billy was beginning to play a more central role in the business empire. However, Billy suffered a nervous breakdown and was sent to a farm to recover. Eventually, Billy would return to the business world and become the head of the Staten Island Railway. Cornelius' further accomplishments included the establishment of the New York Central and the Hudson River Railroad.

In the final years of his life, Vanderbilt oversaw the construction of the Grand Central Depot and developed a bitter rivalry with Jay Gould and James Fisk, who were magnates and financiers involved in the railroad industry. This led to the famous "Erie War," which was a battle over the much-sought-after Erie Railway. Although Cornelius and his associates successfully restricted the number of shares the company could issue, Gould later bribed the government to legalize the creation of new stock. He and Gould later became bitter enemies, with Vanderbilt publicly deriding his rival whenever he saw him in public.

Passing: During his later years, Vanderbilt left the United States and settled in London, Ontario. In order to get over the death of his wife Sophia, he married his cousin. Eventually, he returned with his new wife to Manhattan, New York, where he fell ill. After being confined to his bedroom for about eight months, Cornelius Vanderbilt finally passed away on January 4th of 1877. Although the official cause of death was listed as "exhaustion," it was well known that Cornelius was suffering from multiple chronic disorders prior to his passing.

Vanderbilt's passing sparked a major inheritance fiasco with his heirs. At the time of this death, he had an estimated net worth of $105 million (untold billions in today's money). Of this fortune, Cornelius chose to leave 95% to a single son – Billy. This was despite the fact that he had one other son and nine other daughters. These ten additional siblings received far, far less than even their own nephews (Billy's sons). Cornelius believed that Billy was the only person capable of managing his business empire after his passing.

In response, all of these "lesser" Vanderbilt children disputed their father's will in court, claiming that he was not of sound body and mind when he wrote the legal document. In particular, they claimed that he was coerced by Billy and that he had been listening to a corrupt spiritualist who was paid off by Billy. In order to avoid dragging the reputation of the Vanderbilt family through court, Billy agreed to a settlement with his siblings and gave each of his sisters $200,000 in cash plus a trust fund of $400,000. However, this was still a very small amount considering the total net worth of Cornelius.

Vanderbilt's eldest son Cornelius Vanderbilt II received $5 million in the will, and three of his sons received $2 million each. His younger son received only the income from a $200,000 trust fund. This was because Cornelius believed him to be worthless. This younger son eventually committed suicide without having any children.

Notable Descendants: Because of the deaths of his other sons, the only notable Vanderbilt descendants come from Billy and his wife. Gloria Vanderbilt, his daughter, eventually became a fashion designer and gave birth to Anderson Cooper, the well-known television anchor. Actor Timothy Olyphant also has links to the Vanderbilt family. 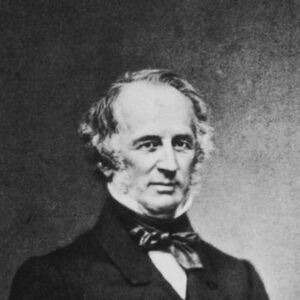