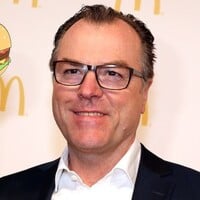 Clemens Toennies net worth: Clemens Toennies is a German businessman who has a net worth of $2.1 billion. Clemens Toennies was born in Rheda, Germany in May 1956. He is the 50% owner of food industry giant Toennies Lebensmittel. The company has an annual revenue of about $6 billion and specializes in beef cattle, pig, and sow slaughtering, processing, and butchering. Clemens Toennies attended butchery college and co-founded the company with his brother Bernd in 1971. When Bernd passed away in 1994 his son Robert took ownership of half of the company and Clemens and Robert have been involved in legal disputes. Clemens Toennies also owns a majority stake in the meat company zur Muhley Group and presides over the professional soccer team FC Schalke 04.