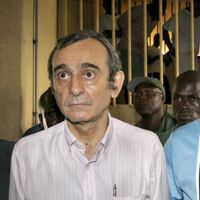 Claude Dauphin Net Worth: Claude Dauphin is a French businessman who has a net worth of $1 billion. Claude Dauphin enters the billionaire ranks as the Chairman and CEO of commodities giant Trafigura Beheer BV, a company specializing in commodity (oil, metals, ores). His fortune exceeded $1 billion as the company's sales reached $120 billion in 2012, which is a 65% increase over the past five years. Dauphin made his career start working as an oil executive at Victoria Trading Services (UK) Ltd, where he worked for almost 22 years. In 1990, he assumed the first directorship becoming a director at A.O.I. (UK) Ltd. Next, Dauphin moved to Marc Rich & Co. (now Glencore), which he left to cofound Trafigura in 1993. Some two decades later, the Amsterdam-based company has evolved into a successful privately-held company that today numbers more than 700 senior managers. Claude Dauphin also started the Trafigura Foundation , which supports development programs in over 30 countries worldwide.