What is Clark Hunt's net worth?

Clark Hunt is an American businessman and sports team owner who has a net worth of $2 billion. Clark Hunt is best-known for being the primary-owner, Chairman and CEO of the Kansas City Chiefs NFL team. He is also a founding owner of Major League Soccer and its FC Dallas. In 2020 Clark led the Chiefs to its first Super Bowl since 1969.

Clark inherited his wealth. His grandfather, H.L. Hunt, earned a fortune in the Texas oil fields. According to legend, H.L. earned the money needed to buy his first oil fields through poker bets. After a handful of acquisitions, he ultimately owned the majority of the East Texas Oil Field. In 1948 he was considered the richest person in the US. At the time of his death in 1975 H.L. Hunt was one of the richest people in the world, with a net worth of $400 – 700 million. That's the same as $2.1 – $3.7 billion in today's dollars. H.L. Hunt had 15 children by three women.

H.L. Hunt's son son Lamar (Clark's father) was a founder of the American Football League and part owner in a team that was then called the Dallas Texans. After the AFL and NFL merged, the Dallas Texans were rendered moot by the Dallas Cowboys. So, Lamar moved the team to Kansas City and renamed them the Chiefs. Clark and his three siblings inherited the team upon their father's death in 2006. Today the Kansas City Chiefs are worth $4 billion. 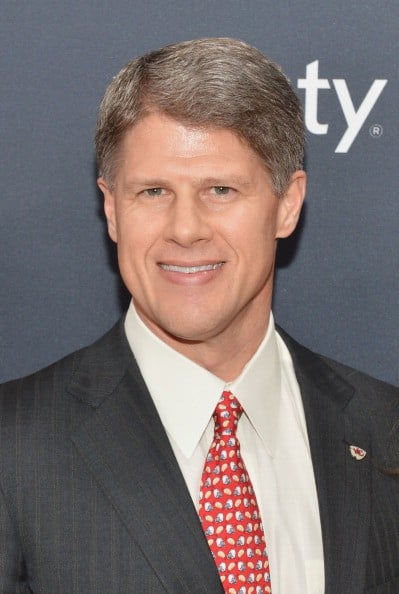 Clark Hunt was born in Dallas, Texas on February 19, 1965. As we mentioned previously, his father was billionaire investor Lamar Hunt, who earned his fortune as the son of H.L. Hunt, one of the richest people in the world at the time of his death in 1975.

Clark attended St. Mark's School of Texas then Southern Methodist University, where he graduated in 1987 with a double degree in finance and business administration. While he was at SMU, Clark was a two-time All American soccer player.

After college Clark spent two years working at Goldman Sachs before deciding to move back to Texas to work in the family business.

In the 1970s, Clark's uncle Nelson Bunker Hunt was briefly the richest man in the world. He famously earned that title only to go bankrupt a day later after a bad bet on the price of silver.

In the late 1950s, Clark's father Lamar was attempted to buy the NFL's Chicago Cardinals franchise, hoping to move the organization to Dallas. He was rejected. Undeterred, Lamar and a group of several other wealthy individuals who had been turned down in their quest to own NFL teams, notably Bud Adams (future owner of the Houston Oilers), decided to form a league of their own. They called it the American Football League. Lamar launched a team called the Dallas Texans.

In response and to stunt their growth, the NFL launched a franchise it called the Dallas Cowboys.

After a few years, Lamar concluded that Dallas actually could not support two professional football teams, so in 1963 he agreed to move the team to Kansas City and rename them the Chiefs.

The AFL and NFL merged in 1966. With the merger, it was agreed that the best team from each league would face off in a season-concluding championship game. No one had a name for this game until Lamar famously called it the "Super Bowl" in a letter to commissioner of the NFL, on which every other owner was CCd. The name stuck.

Lamar Hunt died in December 2006 at the age of 74. Upon his death, Lamar's four children inherited the Chiefs. The children then elected Clark to be team Chairman and CEO.

A two-time All American and team captain for the SMU men's soccer team, Clark was instrumental in establishing Major League Soccer. Clark and his father founded the Kansas City Wizards, owning the team until selling it in 2006. Clark is a member of the MLS' board of governors and currently owns FC Dallas.