Christopher Burch Net Worth: Christopher Burch is an American entrepreneur who has a net worth of $1 billion. Active in the lifestyle brand and retail sectors, Mr. Burch generated his wealth most notably through the fashion powerhouse Tory Burch. Christopher is the founder and CEO of Burch Creative Capital, an investment firm through which he controls a wide portfolio of fashion and technology companies. With offices in New York City and Shanghai, the company holds a 15 percent stake in Tory Burch LLC, the New York-based luxe-bohemian womenswear retailer owned and managed by his ex-wife, designer Tory Burch. Once co-chair of Tory Burch LLC, Christopher ended every connection with his ex's business in 2012 following the 2011 launch of C. Wonder, a preppy clothing chain bearing a striking resemblance to Tory's multi-billion dollar brand, but at a much cheaper price. Actually, he still kept almost a third of the company's shares until his December sale, which values Tory Burch LLC at well over $3 billion. Also, he went on to sell a 10% of C. Wonder to Fidelity Investments for $35 million in 2013, making his net worth sell further. When it comes to his other business interests, they include investments in phone gadget manufacturer Aliph; pricey Norwegian artesian bottled water brand Voss and wireless charging outfit Powermat. Divorced and a father of six, Christopher Burch currently resides in New York City. 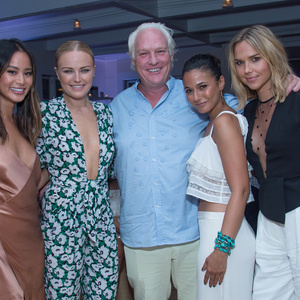