By the end of the 70s, the company was only bringing huge successes that Courtin decided to add the company's name, Clarins, to his surname. Starting with one massage table, Clarins grew into a huge cosmetic empire owning the fragrance divisions of leading jewelers like Swarovski and David Yurman, and 85% of the shares of Thierry Mugler, a French fashion house. Currently, Clarins is an international powerhouse with more than 8,800 employees worldwide, and in 2012, it was listed first for face skin care products in Europe, and first for body skin care products in the world. Holding an MBA of Ecole SS Economic and Commercal, Dr. Oliver Courtin-Clarins joined the company in 1990, and since 1998, he sits on the Board. Today, Olivier serves as the Chief Research Officer and Managing Director, while his brother Christian serves as the Chairman and CEO of Clarins. Wanting to take Clarins private, the brother's duo initiated a takeover bid by spending $3.6 billion in 2008, so the company was erased from the Paris Stock Exchange, and the brothers now own 100% of the Clarins Group. Two years later, the Courtin-Clarins brothers' daughters, Claire, Virginie, Jenna and Prisca, became a part of the Supervisory Board. 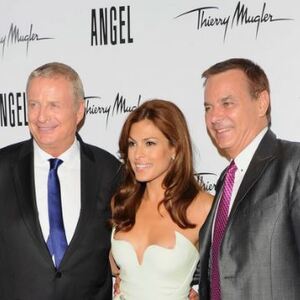