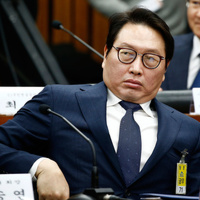 Chey Tae-Won net worth: Chey Tae-Won is a South Korean businessman who has a net worth of $2.9 billion. Chey Tae-Won is the former chairman of SK Group, South Korea's third largest conglomerate and owner of the country's biggest mobile carrier and oil refiner. Chey Tae-Won was sentenced to four years in jail for embezzling company funds. Even though he has already filed an appeal to the decision, the chances are very slim for him to be relieved since this is not his first conviction. In 2003 he served seven months in prison for accounting fraud. He got back to SK after his release and got pardoned in 2008. While in December 2012, he stepped down as SK's chairman. Before ending up in prison, Chey has traveled to the World Economic Forum in Davos each year since 1998. As for his private life, he is married and has three children with the daughter of South Korea's former president, Roh Tae Woo.