Cheung Yan Net Worth: Cheung Yan is a Chinese businesswoman who has a net worth of $964.3 million. Known as the "Queen of Trash" in her native China, Cheung Yan is the founder of Nine Dragons Paper, one of Asia's largest producers of paper products. Prior to starting her own paper-trading business, Mrs.Yan worked in the textile industry in Guangdong, and then joined a paper-dealing company in Shenzhen. It was in 1985 that she founded Nine Dragons Paper, which has seen a constant growth ever since. By 1990, she expanded the company overseas by opening a counterpart in Los Angeles. With full-time staff of over 18,000 people, Nine Dragons expects to witness an increase in its manufacturing capacity by 21% by % by June 2014 compared with two years earlier. 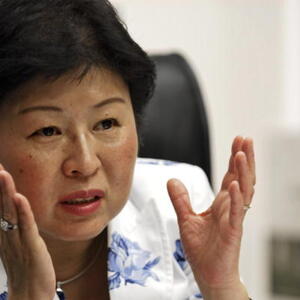