Chen Jianhua Net Worth: Chen Jianhua is a Chinese businessman who has a net worth of $1.5 billion. He rose to riches both by practicing business and politics, and regarding the latter, he is the current Mayor of Guangzhou in the People's Republic of China. Born in January 1956, Lufeng, Shanwei, Guangdong, Jianhua is an alumnus of Nanjing Normal University. After graduation, he managed to make it in the world of business as an owner of the Tongli Lake Resort based in Wujiang, Jiangsu Province. It is a large property that includes 8 villas with 110 rooms. It was on 20 November 2011, upon the resignation of Wan Qingliang, that he got nominated to become Mayor of Guangzhou in People's Republic of China. Then, he was elected Mayor on 11 January 2012, and he still holds that position. At the same time, he serves as the Chairman of the privately held Hengli Group, which specializes in producing fibers and plastics. Chen Jianhua co-founded the group together with his wife, who serves as general manager and director. Under her guidance, Hengli has expanded and now has more than 40,000 employees. Because of the poor economic growth over the past years, Jianhua's net worth has slightly lowered this year. 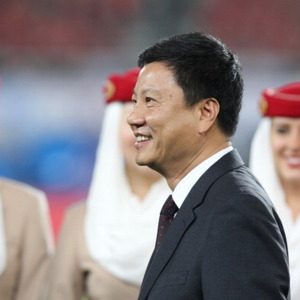