What is Charles Koch's Net Worth?

Charles Koch is an American businessman who has a net worth of $60 billion dollars. Koch has been ranked as high as the fourth richest person in the world. Today he is one of the 20 richest people in the world.

At the age of 32, Charles became CEO of Koch Engineering upon his father's death in 1967.

For much of his adult life, Charles has been co-owner of Koch Industries, along with brother David, who passed away in 2019. With annual revenues of $115+ billion, today Koch Industries is the second-largest privately held company by revenue in the United States, behind Cargill.

Charles holds a 42% stake in Koch Industries and has also invested in several companies, including Georgia-Pacific, Invista, Flint Hills Resources, Koch Fertilizer, Koch Pipelines, Molex, and more. He holds a stake in his family's private equity fund, Koch Equity Development, and has around $2 billion worth of cash investments. Koch has written three books about his business philosophy: "Good Profit," "The Science of Success," and "Market Based Management."

Charles Koch (pronounced "coke"), was born Charles de Ganahl Koch on November 1, 1935, in Wichita, Kansas. His parents, Mary and Fred, co-founded Koch Industries, an engineering company that specialized in oil-refining and other oil processes. Charles grew up with older brother Frederick and younger twin brothers David and Bill. He went to private school during his youth, then attended the Massachusetts Institute of Technology, earning a Bachelor of Science in General Engineering (1957), and Master of Science degrees in Nuclear Engineering (1958) and Chemical Engineering (1960). Koch was hired by Arthur D. Little, Inc., a Boston management consulting firm, after graduating from college.

Charles moved back home to Wichita in 1961 and began working for his father at Rock Island Oil & Refining Company, becoming president of the company in 1966. In 1967, Fred passed away, and Charles, now CEO, renamed the company Koch Industries. Though Bill and Frederick both inherited Koch Industries stock, Charles and David bought their stakes out for $1.1 billion in 1983. However, Bill continued to battle Charles and David in court for various reasons until 2000, with Koch Industries settling one lawsuit for a reported $25 million. 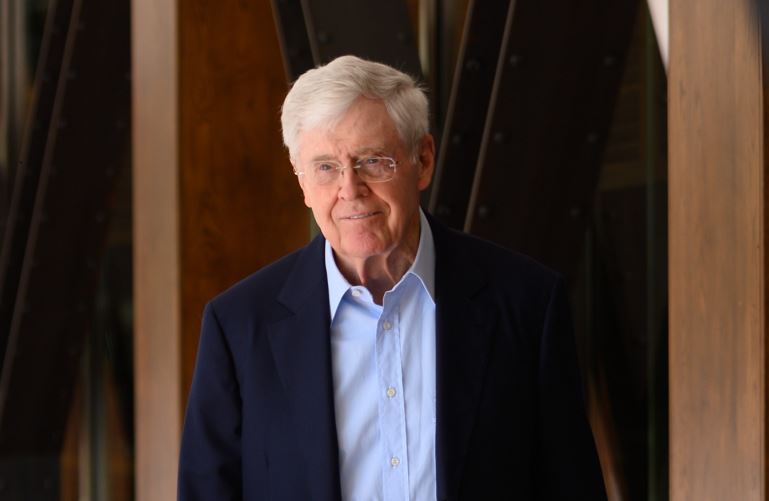 Always a hard worker, Charles would often spend 12 hours a day at the office (continuing to work after he went home); he also worked weekends and expected Koch Industries executives to do the same. Though the company originally specialized in oil refining, Koch Industries branched out to include pollution control equipment, fertilizers, minerals, polymers and fibers, ranching, and more. Some of the popular brands produced by Koch Industries include Quilted Northern, Lycra, Dixie Cup, and Stainmaster.

Charles has served as a director of both Koch Industries and INTRUST Financial Corp since 1982, and he has also held this position at Invista and Georgia-Pacific LLC. Koch founded the Market-Based Management Institute and the Bill of Rights Institute, and he is a member of a neoliberal organization called the Mont Pelerin Society. 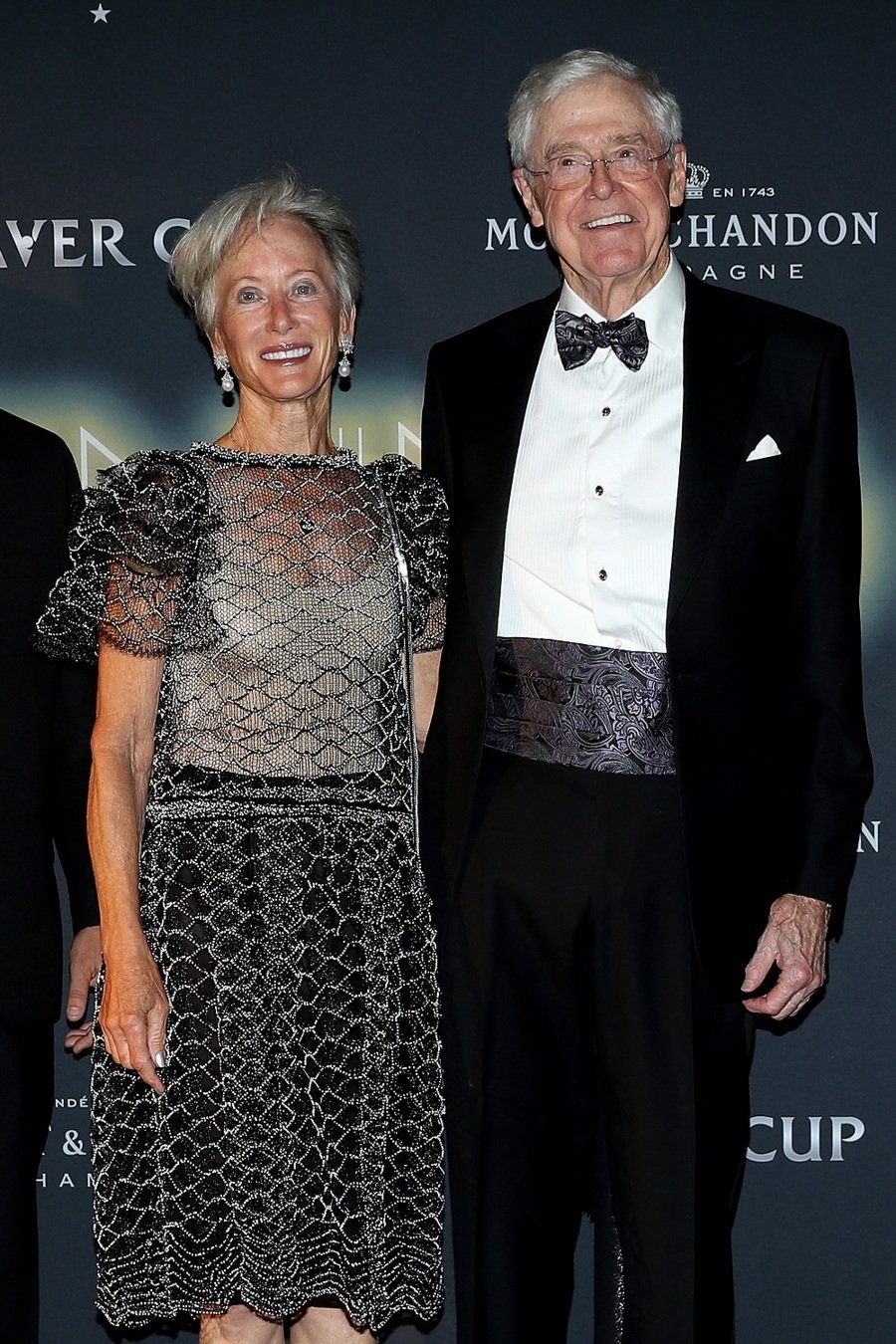 Charles married his wife, Liz, in 1972, and they welcomed daughter Elizabeth in 1976 and son Chase in 1977. Chase is widely-believed to be the heir-apparent from the third generation of Kochs, and he has served as president of Koch Fertilizer, Koch Agronomic Services, and Koch Disruptive Technologies. All four of the Koch brothers have been diagnosed with prostate cancer at some point during their lives, and David died after battling the disease for nearly three decades.

Koch supports several conservative educational organizations, including the Institute for Humane Studies and the Mercatus Center at George Mason University. He has donated money to the Republican Party and libertarian groups as well as charitable organizations and cultural institutions. Charles co-founded the Cato Institute, a libertarian think tank in Washington, D.C. He has also backed artistic projects through the Koch Cultural Trust, which was founded by Liz. Between 2004 and 2008, Charles donated $246 million to libertarian causes, such as academic research and social welfare, leading Businessweek to include him on their 50 Top American Givers list in 2008.

Koch has received Honorary Doctor degrees from George Mason University (science), Washburn University (commerce), and Babson College (laws). He has won numerous awards, including The Tax Foundation's National Distinguished Service Award, The Heritage Foundation's Spirit of Justice Award, the Boy Scouts of America's Distinguished Citizen Award, the Wichita District Minority Small Business Advocate of the Year award, and the National Association of Criminal Defense Lawyers' Defender of Justice award. Charles' charity work earned him the Philanthropy Roundtable's William E. Simon Prize for Philanthropic Leadership and the National Society of Fundraising Executives' Outstanding Humanitarian Award (Greater Wichita Chapter). He was inducted into the Kansas Oil and Gas Hall of Fame in 1996, the Kansas Business Hall of Fame in 1997, and the Wichita Sports Hall of Fame and Museum (for investing in Wichita State University's athletic facilities) in 2015.

Charles owns homes several houses, but his main home is located in Wichita, next to the Wichita Country Club. He also owns homes in Aspen and Vail, Colorado, and he paid $10 million for a 7,500 square foot home in Indian Wells, California, in 1999. In 2018, Koch purchased the property next door for $3.25 million. 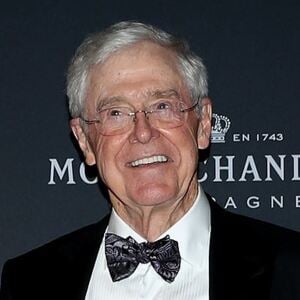