How much is Charles Dolan Worth?

Charles Dolan Net Worth: Charles Dolan is an American billionaire who has a net worth of $5 billion. He earned his fortune as the founder of Cablevision which was sold in 2016 for $17 billion. His family also controls The Madison Square Garden Company which was spun-off from Cablevision in 2010. MSG owns the New York Knicks, New York Rangers, MSG arena and related television networks.

Charles F. Dolan was born on October 16, 1926 in Cleveland, Ohio. Early in his career, Charles and wife Helen packaged sports clips which they syndicated to television stations around the country. Charles eventually founded Sterling Cable which operated cable companies around the New York area. In the early 1970s Charles sold his Manhattan Cable division to Time Inc and subsequently re-named his Long Island division Cablevision Systems. Around this same time, Charles founded Home Box Office which he later sold to Time Life. By the early 2000s, Cablevision had penetrated tens of millions of homes around the country.

In 2010, Cablevision spun-off MSG's assets including ownership of the Knicks, Rangers, Liberty and the arena itself into a new company called The Madison Square Garden Company. 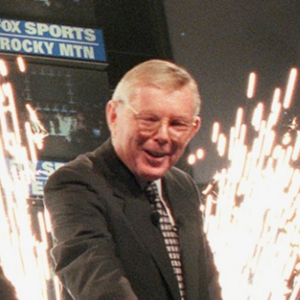