Charles Bronfman Net Worth: Charles Bronfman is a Canadian businessman and philanthropist who has a net worth of $2.1 billion. He came into riches after he and his brother, Edgar Bronfman Sr., inherited the Seagram Company Ltd in 1971 after the death of their father, Sam. Based in Montreal, Quebec, Seagram has turned from a small liquor company into a true spirit empire, i.e., the largest distiller of alcoholic beverages in the world.

Born on June 27, 1931 in Montreal, Canada, Charles took his Bachelor's degree from McGill University, after which he started his professional career. Mostly he was involved in the running of the family business, whereas he also carried out some side projects and engagements from time to time. Especially after 2000 when the company was acquired by Vivendi for $34 billion the Bronfman family focused more of their attention to other activities, including philanthropic ones. In the period from 1997 to 2002, Bronfman served as the Chairman of the Board at Koor Industries Ltd., one of the largest investment holding companies. Having signed Warren Buffett's and Bill Gates' Giving Pledge, Mr. Bronfman has given away or pledged a total of $350 million to charities including the foundation he started with his wife Andrea & Charles Bronfman Philanthropies. What's more, he has authored two books on charity and the philosophy of giving. 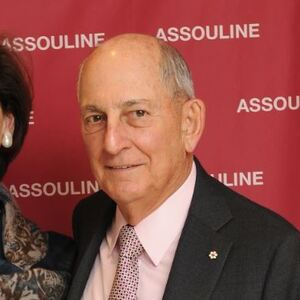