Chang Yung Fa Net Worth: Chang Yung Fa was a Taiwanese businessman who has a net worth of $1.5 billion. Chang Yung Fa accumulated his wealth as the founder and chairman of the now publicly listed Evergreen Group, which is a Taiwan-based conglomerate of shipping, transportation, and associated service companies.

Born in 1927, in Penghu, Taiwan (while it was under Japanese rule), he started his professional career right after he finished high school at the age of 18. At first, he worked in a Taipei office of a Japanese shipping line. Then, in the post-World War II period, Chang became third officer at a local shipping company, and progressed through the ranks to a captain. It was in 1961 that Mr. Yung Fa united with some friends to found a shipping company, which developed successfully thanks to Chang's experience in the business. After a while, he decided to branch out on his own with the establishment of Evergreen Marine Corporation on September 1, 1968. Ever since, the Evergreen Group has evolved and expanded beyond the shipping industry with operations in heavy industrial development, air transport, hotels and resorts services. With the growth of the company, Chang Yung Fa's fortune swelled as well until 2012, when he saw some fall due to global losses in the shipping industry. In addition to the above, he managed Taiwan carrier EVA Air and Evergreen International Storage and Transport. A great philanthropist as he is, Chang Yung Fa gave $10 million to earthquake victims in China in 2013. Chang Yung Fa passed away on January 20, 2016 at 88 years old. 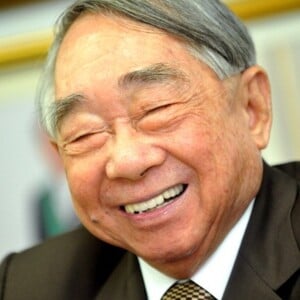