How much is Cecil Chao Worth?

Cecil Chao net worth: Cecil Chao is a Hong Kong businessman who has a net worth of $2 billion dollars. Cecil Chao was born in Hong Kong, and is the current majority owner of Cheuk Nang Holdings, Ltd. He also owns a real estate consultation firm, among other businesses. He came to national attention in 2012, when he learned that his daughter had married her longtime partner in France. He took out an ad, offering $64 million to the man who could convince his daughter to marry him. More than 20,000 men applied for the job, while controversy about his offer erupted around the world. His daughter, who has been with her partner for almost ten years at this point, has remained close with her father, and they have agreed to disagree. He recently increased the dowry to $130 million in the hope that someone would prove appropriate. For her part, his daughter has said that she will comply, as long as her suitor donates the money to charity, and accepts that she is already married to her partner. Cecil Chao is also a well known ladies man. He has claimed to have slept with over 10,000 different women and is frequently seen attending charity events with a much younger woman, or women. 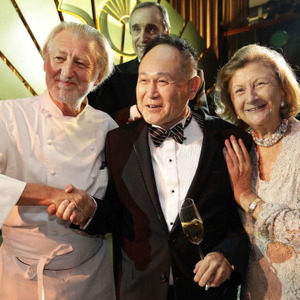