Carl Pohlad Net Worth: Carl Pohlad was an American investor and MLB franchise owner who had a net worth of $2.6 billion dollars. Born in 1915 in Des Moines, Iowa, Carl Pohlad played football for Compton Junior College until he was recruited to join the team at Washington's Gonzaga University. Pohlad dropped out during his senior season and was soon drafted to serve in World War II.

Pohlad saw action in Europe and had been set to deploy on the beaches of Normandy until a battle with poison oak held him out of the early parts of the operation; he later earned a Purple Heart and a Bronze Star Medal after being wounded in action. Pohlad's business began during the Great Depression when he began foreclosing on farms around the Midwest. Soon, he invested in several local banks, eventually developing his own banking enterprise. In 2002, Marquette Bank was sold to Wells Fargo. In the mid '80s, Pohlad bought the Minnesota Twins of Major League Baseball, and saw the team win two World Series Championships. He was a partial owner of the Minnesota Vikings of the NFL for about a decade. Pohlad died on January 5, 2009. He had been married to his wife, Eloise, since the end of the war; she passed away after 56 years of marriage in 2003. They had three songs together, all who work for the Minnesota Twins. 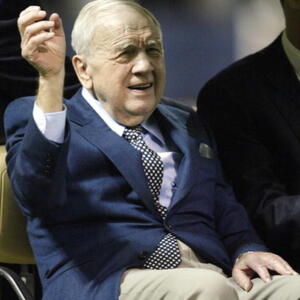