Calvin Ayre net worth: Calvin Ayre is the founder of the popular online entertainment poker brand Bodog. Calvin Ayre has a net worth of $1.2 billion. His net worth has been accumulated largely through his success in the field of online entrepreneurship. He has had success both through online poker company Bodog and various other ventures.

Bodog was initially formed as a software development firm but Ayre quickly saw the possibilities of using the site as an online gaming destination. As online poker's popularity grew and grew, so did Ayre's wealth. In 2006 he was included in the "Billionaire" edition of Forbes magazine. Ayre became involved in some legal troubles stemming from the allegedly illegal movement of funds outside the United States and his promotion of online gambling. As a result of this activity, he no longer handles day to day operations of Bodog and hasn't since 2008, choosing instead to focus on his charitable organization The Calvin Ayre Foundation. Founded in 2005, the foundation exists mainly as a way to channel funds to other charitable organizations instead of serving one specific charitable purpose. Some of the organizations to receive support in the form of money and man-hours from The Calvin Ayre Foundation are the Fisher House Foundation, the LA Lakers Youth Foundation, the Humane Society, the Cystic Fibrosis Foundation, the Animal Avengers Organization, and the Sean McCauley Hope Foundation for Pediatric Cancer. 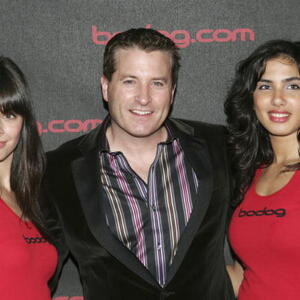