What was Calouste Gulbenkian's Net Worth?

Calouste Gulbenkian is considered to be the first person to exploit oil in Iraq. Notably, he was integral in making Middle Eastern petroleum reserves accessible to the West. Gulbenkian was also renowned for his prolific philanthropy, which included the establishment of hospitals, schools, churches.

Calouste Gulbenkian was born on March 23, 1869 in Constantinople in the Ottoman Empire. His family is believed to be descended from the Armenian noble family the Rshtunis. Gulbenkian's father, Sarkis, was an Armenian importer and exporter of oil who owned oil fields in the Caucasus. As a youth, Gulbenkian went to the local school Aramyan-Uncuyan. He subsequently went to the French school Lycée Saint-Joseph, and then attended Robert College. In 1884, Gulbenkian dropped his studies to move to Marseille, where he sought to perfect his French speaking skills. He went on to attend King's College London to study petroleum engineering, and graduated at the age of 18.

A year after graduating from King's College, Gulbenkian traveled to Baku, Azerbaijan to advance his understanding of the oil industry. From his studies, he penned an article for the literary and cultural affairs magazine Revue des deux Mondes. Following this, Gulbenkian was tasked by Ottoman Minister of Finance Hagop Pasha with preparing an oil survey of Mesopotamia. Ultimately, his survey convinced Pasha that Mesopotamia housed vast oil deposits; Pasha consequently obtained tracts of land and established the Ottoman oil industry. Soon, Gulbenkian began his own oil business.

In 1896, Gulbenkian and his family were forced to flee the Ottoman Empire due to the genocide of Armenians. Ending up in Egypt, Gulbenkian met oil magnate and philanthropist Alexander Mantashev, who introduced him to a number of influential contacts based in Cairo. Gulbenkian soon moved to London, and became a naturalized British citizen in 1902.


Gulbenkian made one of his first major moves in the oil industry in 1907, when he aided in the merger of Royal Dutch Petroleum Company with Shell Transport and Trading Company. He subsequently became a significant shareholder in the newly created Royal Dutch Shell. Due to his policy of keeping 5% of the shares of this and other oil companies he formed, Gulbenkian was dubbed "Mr. Five Per Cent."

Among his other oil industry milestones, Gulbenkian was the catalyst for the creation of the Turkish Petroleum Company, a consortium of the biggest oil companies in Europe that aimed to obtain oil development rights in Mesopotamia. Following the dissolution of the Ottoman Empire, the Turkish Petroleum Company was given exclusive rights for Mesopotamian oil exploration. In 1929, the company was renamed the Iraq Petroleum Company. Later, in 1938, Gulbenkian incorporated a company from Panama to hold his oil industry assets; this resulted in the Partex Oil and Gas Corporation. 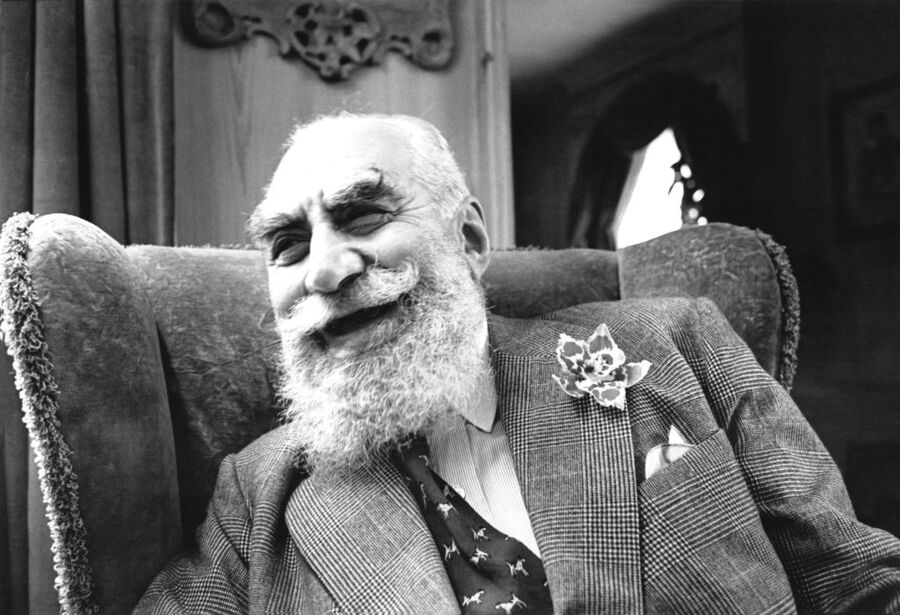 Beyond the oil industry, Gulbenkian was famous for his prolific philanthropic endeavors. He made numerous large donations to hospitals, schools, and churches, and necessitated that 5% of his share of oil profits go to families in the United States. Among his many notable contributions, Gulbenkian established the St. Sarkis Armenian church in London and was behind the establishment of a library at the St. James Cathedral.

Due to the massive fortune he gained from his work in oil, Gulbenkian amassed a large art collection. He kept the collection in a private museum in his four-story, three-basement home in Paris. Overall, Gulbenkian collected more than 6,400 artworks over the course of his lifetime, dating from antiquity to the 20th century. He also commissioned certain works, including over 140 pieces from glass designer René Lalique. Today, most of Gulbenkian's collection is exhibited at the Museu Calouste Gulbenkian in Lisbon, Portugal, which was founded in accordance with his will.

Following the royalist countercoup in the Ottoman Empire in 1909, Gulbenkian served as a financial adviser to the Turkish embassies in Paris and London. When the French government escaped to Vichy, he went with and became the minister for Iran. Later, Gulbenkian became the chief financial adviser to the Turkish government, and was a director of the National Bank of Turkey.

Gulbenkian was married to Nevarte Essayan, with whom he had two children named Nubar and Rita. Essayan passed away in 1952; Gulbenkian passed three years later at the age of 86 at the lavish Aviz Hotel in Lisbon.

When he died, Gulbenkian had a reported fortune of somewhere between $280 million and $840 million. Some of this fortune was willed to his descendants, with the remainder going to the Calouste Gulbenkian Foundation, which was founded in 1956. Now among the wealthiest charitable groups in the world, the Foundation is committed to promoting education, science, the arts, and philanthropy. It hosts several initiatives and institutions, including the Gulbenkian Science Institute and the Gulbenkian Orchestra. 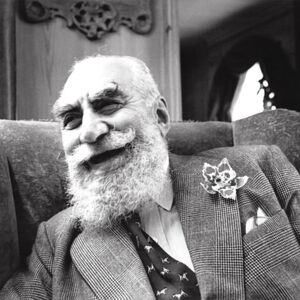