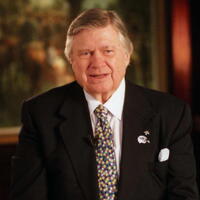 Bud Adams net worth: Bud Adams was an American businessman and billionaire who owned the NFL team The Tennessee Titans and had a net worth of $1.1 billion. How did he accumulate this impressive net worth? His fortune was originally made in the oil business, in which he made millions of dollars. But he showed an interest in purchasing an NFL team early on – back in 1959, he attempted to purchase the Chicago Cardinals for the purpose of moving them to his native Houston. After this attempt failed, he collaborated with fellow oil industry heavyweight Lamar Hunt to form their very own football league. That league eventually became the American Football League, which is now part of the NFL. Now, Adams is best known as the owner of the Tennessee Titans, which he brought to Tennessee as the Tennessee Oilers, which he purchased on Houston. His popularity has gone up and down in association with these teams largely for his tendency to micromanage and take an exceedingly hands-on approach to their operations. This means that as the teams go up and down, Adams gets a big share of the blame and credit to go around. In 2009, Adams was fined by the NFL for an obscene gesture during a Titans game.

Kenneth Adams, Jr. was best known as the owner of the American football team, the Tennessee Titans. One of the original owners in the American Football League, he had been the owner of several football clubs over the years. He owned teams like the Houston Oilers, the Tennessee Oilers, the Houston Mavericks and the Nashville Kats before he became the owner of the Tennessee Titans in 1999. But aside from football, he held other businesses in the Houston area. Actually, he had initially accumulated his fortune in the petroleum business as a Chairman and CEO of Adams Resources & Energy Inc, a wholesale provider of oil and natural gas. Furthermore, he was the owner of several Lincoln-Mercury automobile franchises. Kenneth Adams, Jr. remained active in all aspects of his life until October 2013, when he died of natural causes at his Houston home at age of 90.