Bruce Nordstrom Net Worth: Bruce Nordstrom is an American businessman who has a net worth of $700 million. Bruce and his sister Anne Gittinger are the two largest individual shareholders in the company their grandfather John W. Nordstrom founded. Bruce and Anne's net worths peaked at $1.5 billion a piece at one point in 2015. Unfortunately their net worths have both been hit by the company's lagging sales.

Bruce was born on October 1, 1933. He started working for the family company when he was just nine years old. At the time, he was working in the stockroom on the sales floor of the company making 25 cents an hour, a solid start for its future president. He earned a degree in economics from the University of Washington in 1955, after which he officially joined the family company. It was in 1963 that he assumed the position of president. He served as president until 1995. He served as chairman from 2000 until 2006. In his 40 years of leadership, he transformed the company from an operator of seven shoe stores to more than 156 stores in 27 states, as well as a European chain of boutiques. As for the company's revenue, he oversaw annual revenue growth from $40 million to a peak of $8 billion. Now the company is headed by his son Blake who works on its future expansion. 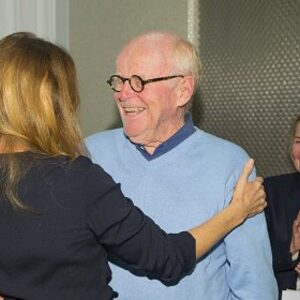