Bruce Halle net worth and salary: Bruce Halle was an American billionaire entrepreneur who had a net worth of $8 billion dollars at the time of his death in 2018. For much of his life, Bruce Halle was the richest person in Arizona. Born in Springfield, Massachusetts, Bruce Halle graduated from Eastern Michigan University, and opened his first tire business in the early 60s in Ann Arbor, Michigan.

His company, Discount Tire, has since grown considerably. The company currently has 804 locations in 23 states, and holds the Guinness World Record for the longest running commercial. Their primary television spot has remained the same since 1975. Mr. Halle's company sponsors the NASCAR Discount Tire car, which won the 2010 NASCAR Nationwide Series championship while being driven by Brad Keselowski. The company also runs the very busy Bruce T. Halle Family Foundation which supports such causes as the Children First Academy, which is the largest school for homeless children in the United States, the Diane Halle Center for Family Justice at Arizona State University, and the Children's Urban Survival Center in Phoenix. He and his family lived in Paradise Valley, Arizona. Bruce Halle died on January 4, 2018 at the age of 87. 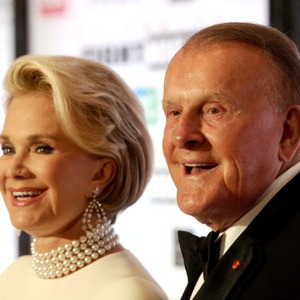