Brijmohan Lall Munjal Net Worth: Brijmohan Lall Munjal is an Indian entrepreneur who has a net worth of $2.8 billion. Born in 1923 in Kamalia, British India, he earned his wealth as the founder of the Hero MotoCorp, India's major motorcycle producer. His company started small with supplying components and spare parts to bicycle producers, and later, it launched its own manufacturing sector, and started to produce front forks, handlebars and chains.

Eventually, the Hero MotoCorp grew into a massive motorcycle manufacturer becoming one of the nation's leading producers which owns the India-based Hero Honda Motors. Moreover, in 1986, the company hit the record as the world's largest manufacturer of bicycles in the Guinness Book of Records. Currently, Munjal's sons, Pawan and Sunil, run the Hero, and they are bringing the company on a higher level by producing many new variations of the current models, and they also work on making the country's cheapest two-wheeler. Furthermore, the Hero made an overseas expansion as it paid $ 25 million to U.S. Erik Buell Racing for stake of 49% last year, and also, it has plans to expand in Latin America and Africa. In addition, Munjal has been awarded with eminent awards, including 1994 Businessman of the Year and 2001 Earnest and Young Entrepreneur of the Year, and he is also a recipient of the National Award for outstanding contribution to the Development of Indian Small Scale Industry. 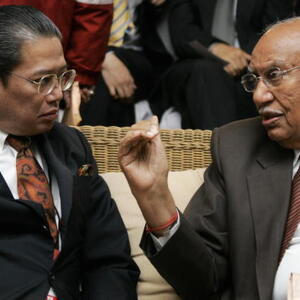