What is Brian Acton's net worth?

Brian Acton is an American internet entrepreneur who has a net worth of $4 billion. Brian Acton is the co-founder of the immensely popular messaging service WhatsApp. On February 19, 2014, Facebook agreed to purchase WhatsApp for $19 billion in cash and stock.

At the time of deal's announcement, Acton's 20% stake was worth $3.8 billion. Facebook announced that it was paying for the company with 184 million common shares of stock and $4 billion in cash. Facebook also set aside 46 million extra shares of stock that will be vested for the WhatsApp founders as long as the remain at the company.

WhatsApp is the world's most popular messaging service. It allows users of smartphones to send text messages, group chats and photos through the app without having a text message plan. The messages instead go towards the user's data plan. WhatsApp is incredibly popular outside of the United States where people are much more likely to have text conversations with friends and co-workers who live outside of their country. Text message plans are also very expensive in some of these countries. As of February 2014, 450 million people used WhatsApp around the world with one million new users signing up every day.

Brian Acton is a former Yahoo engineer. While at Yahoo he met future WhatsApp co-founder Jan Koum. The duo left Yahoo in 2009 and founded WhatsApp soon after.

Brian Acton left Facebook in in 2017 over concerns about how Facebook's upper management were implementing invasive privacy and ad changes to the platform. When he left, he gave up $850 million worth of unvested stock options that he could have earned by just waiting another year or two at most. Soon after leaving Facebook became a vocal proponent of the #DeleteFacebook movement. He also funded a rival messaging service called Signal.

Over a five year period, Brian spent $86 million piecing together a compound in Palo Alto near Stanford University. In total he bought seven homes on the same street. With some of the transactions he paid significantly more than fair market value. For one property that had previously been assessed at $1.5 million by the county, Acton paid $30 million. Neighbors thought it was a typo. He so far has only demolished one of the seven homes to build a contemporary residence for himself. His compound is less than one mile away from Mark Zuckerberg's similar compound. 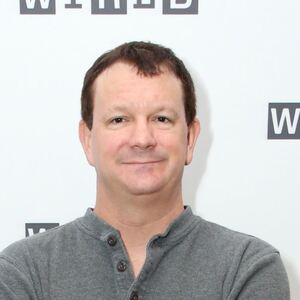